Race-by-race tips and preview for Wyong on Thursday

admin April 15, 2020 Sport Comments Off on Race-by-race tips and preview for Wyong on Thursday 28 Views 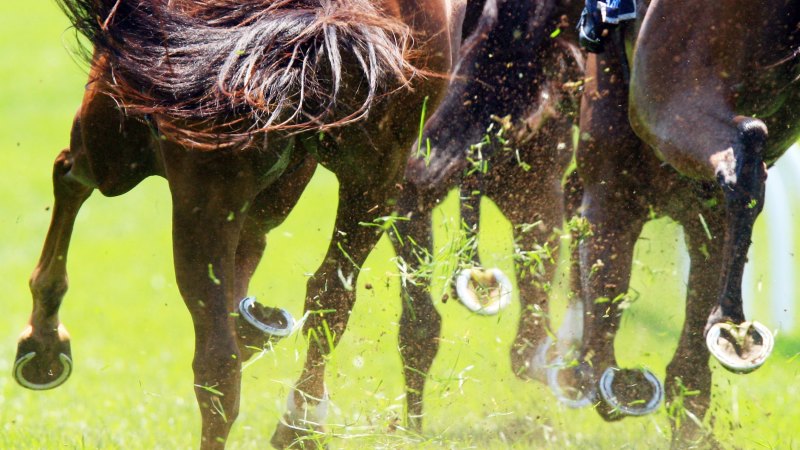 Good quality sprint at set weights, with a few chances. Keen on Rosehill filly 5. Giselle Anne from the Lee Curtis yard resuming off a couple of controlled and nice trials. Drawn the widest gate, but can come across and sit outside or near the speed, and be strong late.

Dangers: Debutant Randwick filly 8. More Prophets (Smart Missile x Set To Skelter by Reset) will be fit and ready after a stack of trials, winning the latest in smart fashion, although was out in the better ground. Randwick gelding 3. Kyo has been swamped late after leading in two runs at Gosford to start his career, but gets a nice 4kg weight drop after rider’s claim. Warwick Farm gelding 2. Glock finished well enough resuming in that same race as Kyo, and draws to park right behind the speed.

How to play it: Giselle Anne to win and quinella 5 and 8
Odds and Evens: Split

Promising three-year-old gelding 4. Secretly Awesome from the Gerald Ryan stable at Rosehill was terrific on debut at Newcastle, finding the line strong after covering plenty of ground, and sure to get a more economical run here up in trip.

How to play it: Secretly Awesome to win and quinella 3 and 4
Odds and Evens: Split

Out in distance now for a moderate and open group of stayers. Progressive four-year-old gelding 3. Moon Panther from the Bjorn Baker yard at Warwick Farm steps up to this trip for the first time third-up this prep. Didn’t finish off at Hawkesbury on a heavy 9 but back on firmer ground from a low draw are big keys.

Dangers: Randwick four-year-old mare 1. Loves To Rock is hard fit deep into her prep, and was strong late winning this grade at Newcastle after getting a lovely trail behind the speed. Improving Rosehill three-year-old 5. Unamerican also looks ready for the rise in trip after finishing well and holding off smart Red Hot Chillypins at Newcastle last start. By 2010 Melbourne Cup winner Americain. Hawkesbury mare 6. Also Cool is underrated, finishing hard in that same CL1 at Hawkesbury as Moon Panther, but may be more effective on wet tracks. Pt Macquarie mare 2. Zellymay won two straight at Grafton in weaker company before just losing her spot at a vital time this grade at Armidale, although weighted to her absolute best with 59kg.

Back to the sprint trip, and improving three-year-old gelding 3. King’s Champ from the Gerald Ryan yard looks well placed fourth-up off a dominant win at Goulburn in slightly weaker company. Gets a nice weight drop after rider’s claim, and drawn to get plenty of cover just off the speed.

Dangers: Warwick Farm three-year-old 4. Corcra gave nothing else a chance leading all the way as a hot favourite first-up at Nowra and, while this is tougher, drops 4kg and leading non-metro rider has been booked. Randwick four-year-old 2. Invincible Lad resumes for leading yard with the blinkers off, and has trialled well enough, but normally take at least a run to his straps. Randwick three-year-old 7. Vox Pop has good tactical speed, and won his last two in the country over this distance; while watch the betting on five-year-old Warwick Farm gelding 5. Temple Run, who returns for his first run in more than a year with the blinkers coming off, and has trialled OK.

How to play it: King’s Champ to win and quinella 3 and 4
Odds and Evens: Split

We save the best for last with the Provincial Cup over a mile, and there are plenty of chances. Smart four-year-old mare 5. First Lady from the Gary Portelli yard at Warwick Farm is right at her top after sailing home from well off the speed for a dominant BM 65 win at Canberra. Not quite as effective on firm ground, but is a specialist miler and gets in well at the weights after form jockey’s 2kg claim.

Dangers: Newcastle five-year-old 8. Surjin is also well placed from the draw, and coming back from two gallant efforts in strong BM 70 metro company. Finished only 2.5 lengths from Zebrowski who then ran second placings in the group 2 Tulloch and group 1 ATC Derby. Capable Wyong mare 4. Belle De Vega only needs an even break from a wide barrier to be in the finish. Did her best work late in the Tiara at Muswellbrook before charging late in a BM 64 at Gosford. Consistent Pt Macquarie four-year-old 2. Acoustix has just missed in his last couple after stalking the speed, and drops in weight for this tougher test.