admin April 15, 2020 Federal Politics Comments Off on Retrenched workers denied JobKeeper because bosses won’t put them back on 77 Views 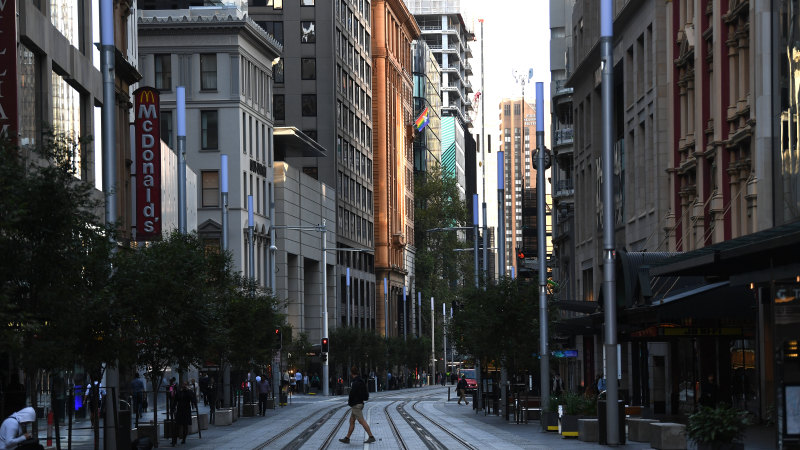 “It was just so brutal,” said the worker, who did not want to be named for fear of jeopardising future employment opportunities. His lawyer asked the business to reinstate him after the government announced JobKeeper, to no avail.

“If you’re an employer who’s been forced as a result of a downturn following the coronavirus to retrench workers, you’ll put them back on your books and you’ll receive this $1500 payment,” Treasurer Josh Frydenberg said when JobKeeper was announced.

Industrial Relations Minister Christian Porter said unless there was no prospect a business could continue, there were “few if any reasons” why an employer would not want to sign up for JobKeeper and keep its employees primed for when conditions returned to normal.

ACTU secretary Sally McManus, who negotiated components of the scheme with the government, said employers who did not access JobKeeper when they could were “immoral”.

The Australian Chamber of Commerce and Industry strongly urged businesses to look into JobKeeper. But it said businesses “should seek advice” before considering whether to wind back coronavirus-related redundancies.

Only people who are currently employed can access the $1500-a-fortnight JobKeeper payments, and businesses with less than $1 billion in normal annual turnover have to suffer at least a 30 per cent fall in revenue to register their staff. Almost 850,000 businesses have already registered.

David Taylor, a lawyer representing several clients who have been made redundant, said it was unclear whether bosses were legally right to make redundancies because of coronavirus.

“The test for a [legitimate] redundancy is if an employee no longer a position done by anybody,” said Mr Taylor, from Segelov Taylor.

In a textbook redundancy, a worker’s role disappears because of technological change, like a telephone exchange operator being made redundant by automatic switchboards. But the pandemic is temporary.

Giri Sivaraman, an employment law principal with national firm Maurice Blackburn, said the interaction of pandemics and the law was unclear.

It’s hard to explain to them, no, I’m not going to be fine because my employer has chosen not to participate.

“Is it a genuine redundancy or is it just simply a prolonged stand out?” Mr Sivaraman said. “I don’t think there’s a clear answer to that.”

Where there is no work to be done because of the pandemic, businesses can use a stand-down instead of a redundancy. That means the worker does not work and is not paid but technically remains employed to access JobKeeper.

Three other workers said they had missed out on the scheme. One, who had been employed in the construction industry, said he was fired on his first day back from an overseas holiday. Two said they suspected their employers were using the coronavirus as a fig leaf to make redundancies but had not actually suffered a steep downturn in trade.

Another woman from Sydney, who also did not want to be named, said none of her three casual employers had applied for JobKeeper. Her primary employer, a small medical business, told her it did not want to have to pay employees up front, as the scheme requires, before being paid back by the Tax Office.

“People say, ‘Oh you’ve been stood down, but you’ll be fine – there’s JobKeeper’, and it’s hard to explain to them, no, I’m not going to be fine because my employer has chosen not to participate,” the worker said.

State and federal governments have pledged millions in cash and tax relief to small businesses to help with their cash flow, but those payments are not tied to taking up JobKeeper.

“They are just saying they’re not inclined to do it,” the worker said of her employer. “I don’t see the business itself as being unsupported by the government, they’re getting support for their cashflow, but the fact that is not linked to signing up to JobKeeper is a flaw.

“I’ll do everything in my power to avoid applying for Centrelink. I really want my employers to see the light and apply.”

Previous Never break the chain: How Fleetwood Mac can help rugby rebuild link to fans
Next Moroney hoping Tofane will be blast from the past in All Aged Stakes