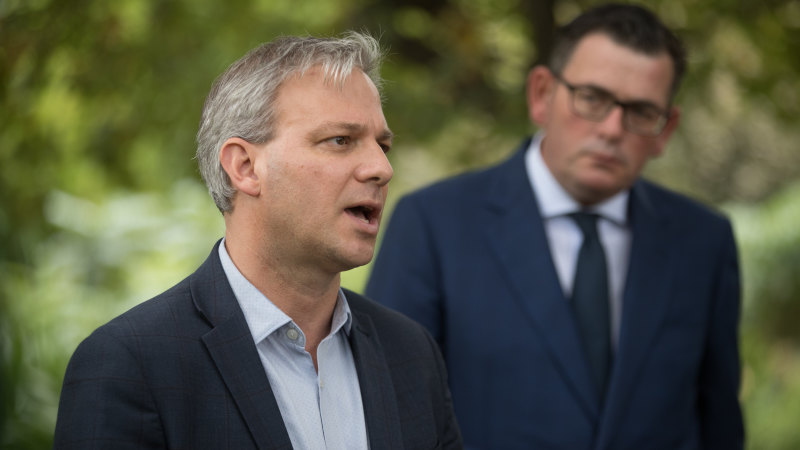 “We are always reviewing, we have a state of emergency until May 11, that’s a natural point to have a really robust review, but who knows what the next couple of weeks will bring.”

“If we have driven numbers down to zero, you know, that’s got to be on the cards but it does involve everyone doing the right thing.”

He said while evidence showed that children were not hit hard by the virus, schools could increase community transmission.

“As a physical distancing measure, it’s one of the contributions to all the things we do to try and create bigger distance between people, that’s why so many people around the world have closed schools with that in mind,” he said.

He said he had spoken to Chief Medical Officer Brendan Murphy, who supports the mixed model being applied in Victorian schools.

“The feds have always said if there is local epidemiology you need to consider, then every state and territory should,” he said.

Dr Sutton later told a Melbourne City Council business summit the current restrictions would be reviewed when the state of emergency expires next month.

But he insisted authorities would need to be assured they were not dealing with any “significant unknown chains of community transmission” and enough people were being tested to provide a “true picture” of infection rates.

“Assuming that is the case and assuming that we have continued to drive down in numbers, then I think that May 11 timeline would be appropriate for review and certainly some consideration of the lifting of existing restrictions,” Dr Sutton said.

But he said any decision about easing restrictions would be made by the national cabinet and the Victorian government’s crisis cabinet.

“It’s not a very satisfactory answer to say that things will definitely be lifted at that point in time but I think that will be a natural point to review. And I think if numbers have remained low at that time we can absolutely expect there will be some lifting of some restrictions.”

He said decisions about easing restrictions would focus on businesses and activities that pose the least health risk and avoided “significant gatherings of people”.

“There’ll be a deep review of some of the activities and businesses that might fall into that category.”

Previous From the Archives, 1983: Pentridge prisoners escape and hold a family hostage
Next Warrnambool mayor spotted having a beer in the street cops $1652 fine