Race-by-race tips and preview for Wagga on Sunday

admin April 18, 2020 Latest News Comments Off on Race-by-race tips and preview for Wagga on Sunday 154 Views 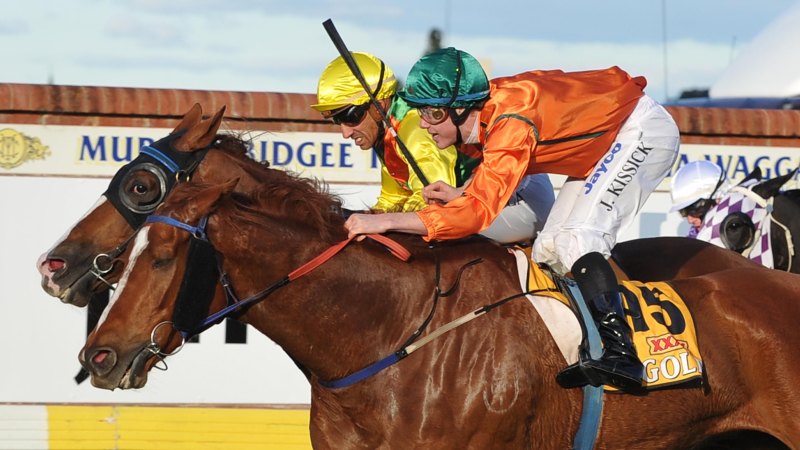 We didn’t learn much about 14. Soomayya on debut at Moonee Valley having been posted wide the trip. The victor there was Blue Diamond winner Tagaloa. The ex-Snowden trained filly now finds a home with Mitch Beer and is well placed in this.
Dangers: 6. Fat Gecko is much better than his debut run suggests. Like the way he trialled prior but there’s a fair chance he is posted wide again from another horrible draw. 2. Highly Decorated will be strong through the line over 1000m.
How to play it: Soomayya to win.
Odds and Evens: Evens.

6. Outahand was confidently backed at Canberra last start but laboured in the heavy conditions jumping from 1300m to 1600m second-up. Back on top of the ground and with that run under his belt he’s the horse to beat having been so impressive first-up.
Dangers: 10. The Guru wasn’t beaten far in a provincial Class 2 last start and three starts ago gave subsequent city winner Amitto a fright. Only has hold his form to be in the finish. 3. Flight Commander looks sure to relish the mile.
How to play it: Outahand to win.
Odds and Evens: Evens.

7. Milamoo was 1200m back to 1000m at Orange second-up and like the way this five-year-old mare found the line late. Ended last campaign by beating handy filly Ready’s Girl at Canberra so she is certainly up to winning a race like this.
Dangers: 5. Corazon De Oro won as expected at the picnics last start having running second to Equally Wild the two starts prior. Forgive 1. Honeysuckle Choice last start as she’ll be better suited with cover. Kurt Goldman’s mare 6. Inland Retreat has the most upside of these.
How to play it: Milamoo to win.
Odds and Evens: Odds.

4. Cyborg mowed down Lennox Road to win impressively at Wagga off a five-week freshen. Prior to that the Norm Gardner-trained chestnut in strong races at Canberra. With three weeks between runs and out to 1400, he’ll be hard to hold out.
Dangers: 7. Freaky Freckles can mix her form but gets the blinkers on for the first time and her best is good enough for this. Liked the last start win of 2. Mnementh while 1. Demanding Mo raced a touch flat last start after winning the Albury Guineas but can bounce back.
How to play it: Cyborg to win.
Odds and Evens: Odds.

5. Azaryah was a strong all-the-way winner last start at this track. Comes back to 1800m but with the same aggressive tactics this five-year-old mare will take running down with just 53kg on her back after the claim.
Dangers: 2. Anamalia and 3. Brazen are well exposed but the class runners in this field. Keep both safe. 11. The Doctor’s Son was caught wide last start and will run well at odds.
How to play it: Azaryah to win.
Odds and Evens: Odds.

4. Who’s Knocking hasn’t been seen for six weeks after beating beaten just a couple of lengths by Handle The Truth at Canberra. She is explosive on her day and performs well fresh. Will need some luck from the inside but look out if she gets it.
Dangers: 9. Miss Scorcher had a torrid run in the Provincial Championship qualifier last start. Hopefully that doesn’t take the edge off her. 17. Caccini the best smokey.
How to play it: Who’s Knocking each-way.
Odds and Evens: Split.