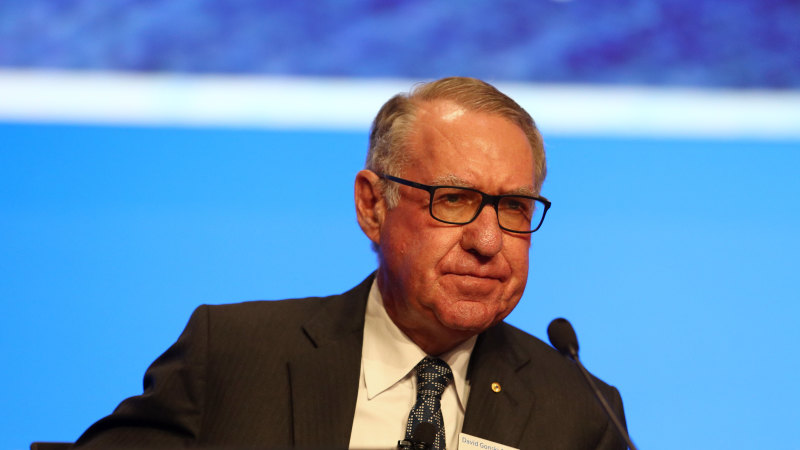 “Now some might say that at the moment, with some of the actions we are taking, shareholders in the short term may have to bear the cost and it is my job to act in the interests of shareholders,” Mr Gonski told ANZ website Bluenotes.

“But to act in the long term interests of shareholders – and I stress long term – we must act in the interest of other stakeholders, of staff, of the community.

“In my view, to take a short term view in a crisis like this would be very dangerous. It is difficult to balance these stakeholders in a crisis but we must. Everybody is paying, unfortunately,” he said.

ANZ, which reports its half-year results on April 30, will be the first big four banks to deliver an earnings result since the pandemic erupted.

Markets expect profits will be battered by a wave of bad debts, and analysts are split on whether ANZ, National Australia Bank or Westpac will pay dividends for the March half, after the regulator this month urged boards to “seriously consider” suspending the payments.

Mr Gonski was not asked about dividends, but he said the bank had a role in managing vulnerable customers through to the recovery. He stressed the bank “must step up” to help customers in crisis, though it could not “take on just any loan that’s requested of us.”

Anton Taglioferro, investment manager at Investors Mutual, said the most prudent course would be for the banks to defer dividends until more is known about the length of economic shutdown.

“It is a very very complex balance and I don’t envy the boards,” he said.

Striking a balance between shareholder interests and the community’s needs long term would also be a challenge because it is still hard to predict how their loan books will be affected as many industries’ revenue goes to zero, Mr Taglioferro said.

As some business leaders start to suggest a potential relaxation of social distancing, Mr Gonski said society often accepted health and economic trade-offs, but there was still much that was not understood about COVID-19.

He pointed to the high number of deaths and the strain on health systems in Spain, Italy and the United States when the virus had spread more widely in the population.

“These are decisions rightly left to government and the advice of their medical experts. My view is they are getting the balance right, they are building up the resources of the medical sector, they are supporting the community with enormous fiscal measures,” he said.

One of the directors of ANZ is Jane Halton, a former secretary of the Department of Health and Ageing, who is a member of the Prime Minsiter’s National COVID-19 Coordination Committee.

Previous ‘There will be enough’: CSL to hit record flu vaccine production
Next WaterNSW warns of ‘extreme’ risks from expansion of catchment coal mine