Thousands of council workers stood down or terminated as virus hits

admin April 19, 2020 Victoria News Comments Off on Thousands of council workers stood down or terminated as virus hits 29 Views 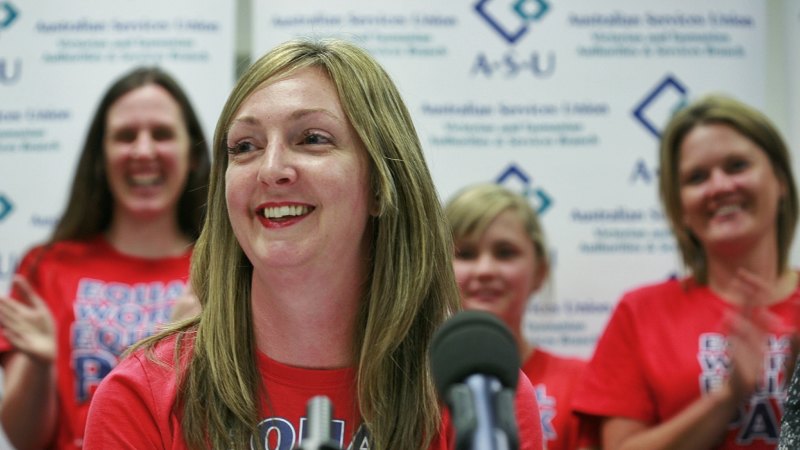 Union secretary Lisa Darmanin said the Andrews government needed to secure the jobs of 52,000 workers in the local government sector.

“The Andrews government must direct Victorian councils to retain all their employees,” she said. “This could include training and redeploying some staff in response to the COVID-19 pandemic.”

The Peninsula Aquatic Recreation Centre, a subsidiary of the Frankston City Council, has stood down about 300 staff.

“Frankston City Council is acutely aware of the far-reaching impacts of the COVID-19 pandemic, including the effect it continues to have on jobs,” she said.

Maribyrnong Council has terminated up to 150 casual jobs while at least 10 other councils have terminated or temporarily stood down staff in numbers ranging from the hundreds to just a handful.

Maribyrnong chief executive Stephen Wall said no permanent employees had been stood down but there were no shifts available for casuals in aquatic and community centres and libraries.

He said the council had continued to pay casual workers for three weeks after it shut centres.

When it became clear the state government directive would require longer-term closures, another two weeks had been paid to casual staff.

Some councils have redeployed staff to other areas to keep them in work, but the pandemic has been calamitous for many others – particularly casual council workers.

Earlier this month, Greater Geelong Council announced 576 permanent and casual employees had been stood down on paid leave.

On Friday, though, the council said it had created 190 roles with 92 of them already taken up and anybody who wanted to be redeployed would be found work.

Geelong Council chief executive Martin Cutter said none of the council’s permanent employees had been left without pay since the closure of services. “It’s important to me to continue to provide work opportunities for impacted employees to ensure they can keep working,” he said.

Earlier this month, Local Government Minister Adem Somyurek and Jobs Minister Martin Pakula wrote to councils saying all levels of government had a “significant obligation” to ensure staff were retained.

They said the government had announced a $500 million fund to help workers who lost their jobs to find new opportunities. “Every council in Victoria has a role to play in delivering the critical services that will be part of the fund,” they wrote.

A government spokeswoman said it was working with councils on the implications of coronavirus on their operations and staffing, and on the possible impact on local government elections to be held in October.

Opposition local government spokesman Tim Smith said many homeowners who had lost their jobs because of the pandemic would have trouble paying their council rates.

He said this meant some homeowners needed “a deferral, a freeze or potentially even a waiver” of rates in extreme cases.

“There will be people who simply will not be able to pay their rates,” and in some cases the drop in rates revenue would mean the state would need to increase council funding, he said.

He also said it was beholden on senior council officers – chief executives and directors, most of whom are paid in excess of $200,000 – to consider temporary pay cuts.