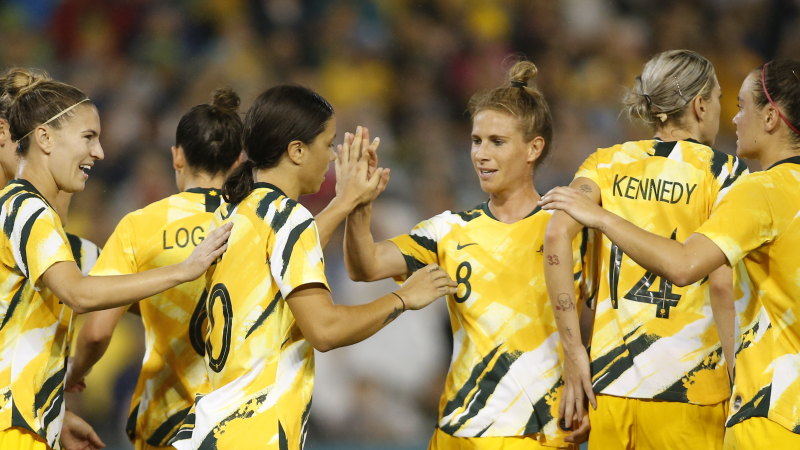 Even though the 2023 Women’s World Cup is not due to be played until July and August (more than three years from now), the relative strength of the economies involved, and their capacity to bounce back after the world recovers from the virus, may now take greater importance when the call is made than if the decision was being made on purely football grounds or dictated to by the interests of soccer’s often byzantine geopolitics.

Already there is a row in Colombia over the different treatment being meted out to male and female players during the pandemic, with the former having their salaries partially cut while various reports suggest players in female teams have been stood down without pay, partially paid or just terminated while the league has been postponed.

“Quietly confident” was the description of the Australian mood given by one insider following the visit of the five-person bid delegation, whom travelled to Australia and New Zealand in mid-February to inspect the venues put forward as potential sites for games and training headquarters. Sydney, Newcastle, Brisbane, Melbourne, Adelaide, Perth and Launceston are the Australian sites, while Auckland, Wellington, Christchurch, Hamilton and Dunedin have been proposed for New Zealand.

Should Australia get the nod FIFA will choose where to put the matches.

The original timetable called for the decision to be made by FIFA’s executive council by June of this year, and while Australian officials have not been given any notice that the timeframe might have changed they will not be surprised if it does.

When the bid was officially unveiled last December FFA chairman Chris Nikou was hopeful that some unique factors – that it would be the first southern hemisphere bid to be successful and the first one staged by two countries from different FIFA regions (Asia and Oceania) – would also play in the Anzac team’s corner.

Meanwhile, FFA is hoping to brighten the evenings of soccer starved fans by running landmark matches through its social media accounts.

On Tuesday night it will replay the Socceroos famous 3-1 win over England at Upton Park in February 2003.

The match – which saw Australia defeat England in an ‘A’ international for the first time with goals to Tony Popovic, Harry Kewell and Brett Emerton – will be broadcast at 7:30pm on 21 April and will be able to be viewed via both Facebook and YouTube.

The Socceroos’ official social media handles will also provide coverage of the match as if it were being played ‘live’, with David Beckham and Wayne Rooney, who were then managed by Sven-Goran Eriksson, both featuring for England.

“The England-Australia match was requested by many supporters after we played the Australia-Uruguay thriller, and I am pleased that our team has been able to gain the relevant permissions to make this Tuesday’s activity happen,” FFA chief executive James Johnson said.