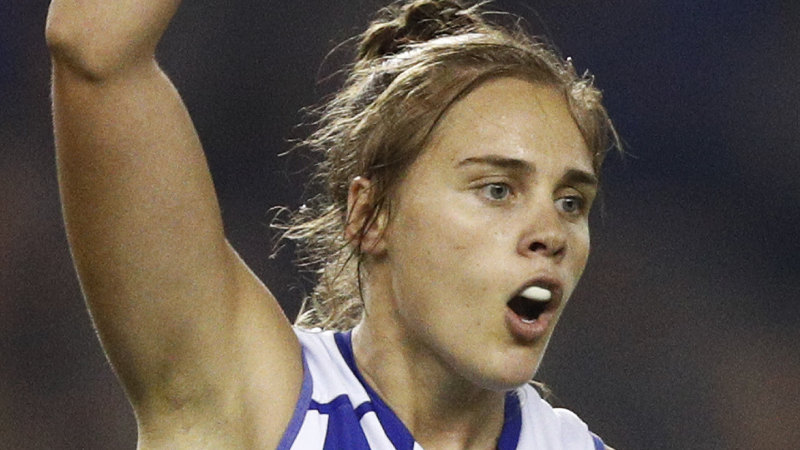 “I’m truly proud to be recognised by the AFLW players as their MVP,” Garner said.

“The AFLW competition has come so far in such a short space of time, all the players have put their heart and soul into performing, so for the cohort to value my contribution this highly is something I won’t forget.”

Melbourne star Daisy Pearce capped her return from having a baby to claim her third best captain award with 69 votes, ahead of Collingwood skipper Stephanie Chiocci on 44 votes and GWS Giants captain Alicia Eva on 42 votes.

The AFLPA MVP is decided in a two-stage process with each player voting for three teammates they consider to be most valuable during the 2020 season, with each club’s votes tallied to form a 42-player list of nominees.

All players then vote in a 3-2-1 format for the nominees from the other clubs, not their own, with the highest vote-getter winning the award.

The AFLPA used a similar process to decide its other individual awards while the best 22 under-22 was decided by an AFLPA panel naming a squad, then fans voting for the final side.

Collingwood’s Chloe Molloy was named captain of the best 22 under-22 side and Prespakis vice captain.

“Thank you to the fans who voted and selected me as the captain of the inaugural 22 under-22 side, I am very grateful to be recognised,” she said.

“The squad is a reflection of where the game is heading and it’s exciting to think what these 22 players will be capable of in the coming AFLW seasons.

“Congratulations to those who have made the final team. If only we could combine for a game!”