Great day for a showdown between rising Scone rivals

admin April 20, 2020 Sport Comments Off on Great day for a showdown between rising Scone rivals 24 Views 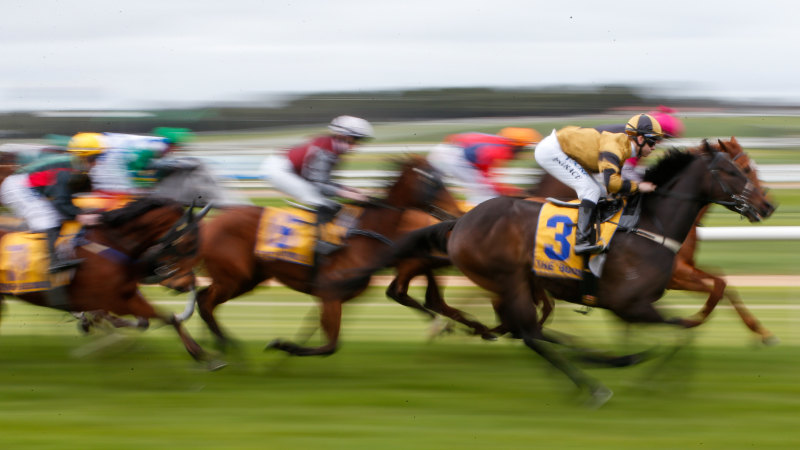 By boom sprint sire Lope de Vega, out of Kiwi mare The Dow Jones, Lope De Broker debuts in blinkers and looks a smart one in the making.

Speaking of smart, late in the day in a BM 58 handicap (1400m), Newcastle trainer Nathan Doyle saddles up exciting four-year-old mare Strawb, who is shooting for consecutive wins in only her fourth start after she charged home from a mile back for a first-up win despite being unwanted in betting.

It’s been a slow and patient wait for connections since her modest debut more than 14 months ago, but Strawb is finally unleashing her talent. From a wide barrier, she’ll be forced to sprout wings from the back again and beat home two strong local four-year-olds in last-start winner Black Sunrise and Pure Faith, who was scratched from Armidale on Sunday to be saved for this.

And in a high-class meeting, with many runners earmarked for bigger riches over late autumn and early winter, another lightly raced talent could cap a big day for the Crockett stable in a strong class 2 handicap (1106m) to close the card.

Step On Fire, a free-running three-year-old by dual group 2 winner Sidestep, launched his career in blazing style five weeks back, winning by nearly four lengths before dropping out in a class 2 at Armidale.

But he was subsequently found to have a slow recovery rate, and has since trialled in smart fashion, so Step On Fire back at home looms as one of the better bets.