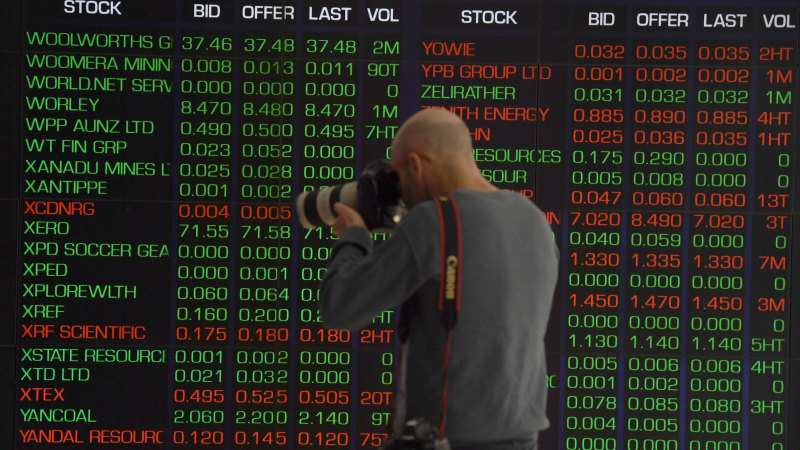 The S&P/ASX 200 dropped 131.7 points to 5221.3, a decline of 2.46 per cent. All sectors finished in the red with financials down 2 per cent, health down 2.6 per cent, and materials down 1.7 per cent. The biggest decline was 4.8 per cent among information technology stocks, which was dragged down by large falls in WiseTech and EML Payments.

WiseTech fell 12.5 per cent to $13.75. But the biggest decline of the day was a 14.3 per cent fall in Southern Cross Media to 12¢. Metcash dropped 13.5 per cent to $2.63 after completing its capital raising. Altogether seven stocks fell more than 10 per cent, showing volatility and large swings remain part of the current market mood.

BHP shares ended the day 2.5 per cent lower at $30.05 after the mining giant told shareholders it was on track to meet its full-year targets of 273 million and 286 million tonnes, but warned of a sharp contraction across major economies.