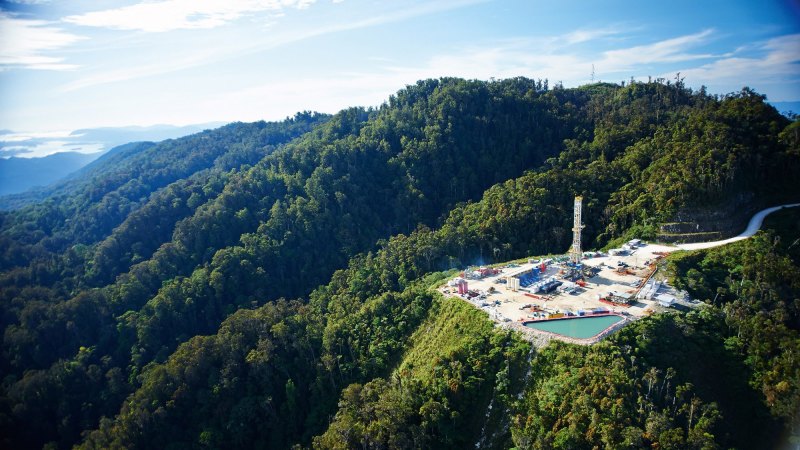 The sharp crash in price was sparked by the onset of a price war between big oil producing nations Saudi Arabia and Russia, which brought greater supply into a market already suffering from vanishing demand because of travel restrictions and lockdowns aimed at halting the spread of the pandemic.

Oil Search’s sales dropped off by 13 per cent in the three months to March, according to the company, while revenue slumped 20 per cent during the period, from $US446 million in the fourth quarter of 2019 to $US359 million.

“Total revenue was impacted by a 20 per cent fall in the average realised oil and condensate price and a 4 per cent drop in the LNG and gas price, as well as lower LNG shipments due to timing of cargoes,” Mr Wulff said.

For Australia’s LNG giants, however, the worst of the falls are still to come, when the full extent of the decline flows through to the LNG price as early as next month, according to Australian energy consultancy EnergyQuest.

“At current oil prices Australia’s LNG exporters will not thrive but they will survive.”

Lower oil prices are not expected to dent Australia’s LNG export revenue for the 2020 financial year, Dr Bethune said, but they are likely to take a heavy toll on 2021 revenue by as much as $20 billion.

While the steep price drop of more than $US50, which has left West Texas Intermediate’s (WTI) trading about $US30 below zero, is a quirk of the futures market as traders prepare for the expiry of contracts that will deliver oil in May, the historic fall highlights the extraordinary pressures of weak demand and chronic oversupply overwhelming the world’s oil storage infrastructure.

“WTI is not direct directly relevant to Australian producers,” Dr Bethune said, “but it shows the world is running out of oil-storage capacity.”

In Australia and around the world, oil and gas companies have wiped billions of dollars from their investment budgets in the past six weeks as they seek to weather the storm and quell market concerns about their profitability. Oil Search said it would slashed it planned spending by up to $675 million in order to preserve the value of the business, including shelving natural gas projects. Oil Search also launched a $1.1 billion equity raising in the hope of weathering a “prolonged period” of weak oil prices.

Previous Don’t lock aged care residents away from their families, PM says
Next Race-by-race tips and preview for Canterbury on Wednesday