WA lost 5.6 per cent of jobs within a week, ABS figures reveal

admin April 21, 2020 National News Comments Off on WA lost 5.6 per cent of jobs within a week, ABS figures reveal 33 Views 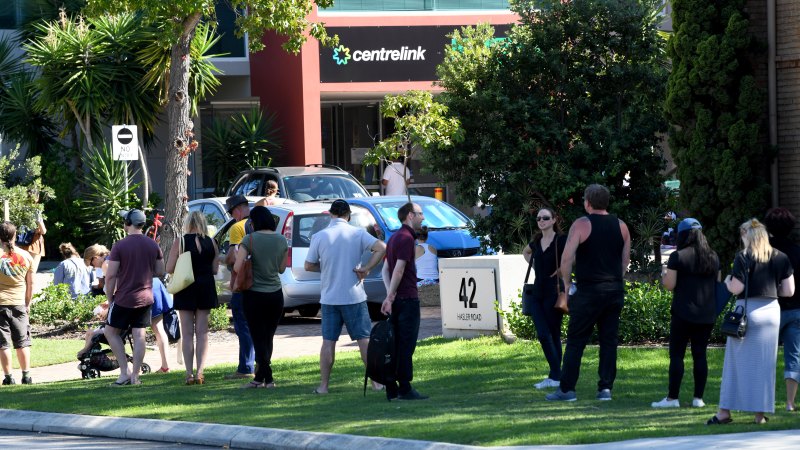 West Australians between 60 and 69 were the least impacted at 3.1 per cent.

There were no surprises when it came to which WA industries were struck the hardest by government shutdowns.

Arts and recreation jobs have taken a 22.8 per cent hit since mid-March followed closely by accommodation and food services at 19.5 per cent.

Mining job losses sit at 7.4 per cent while just 1 per cent of healthcare and social assistance jobs have gone.

Those working in utilities such as water, gas or electricity have weathered the storm the best so far with just 0.4 per cent of losses.

Premier Mark McGowan on Tuesday described the situation as “dire” but said WA was faring better than some other states because industries such as mining and construction have kept operating.

So far the state government has not announced any major additional stimulus packages to get West Australians working again, instead opting to freeze bill increases and offering some tax relief for small businesses.

When asked what the government would do to stimulate the economy Mr McGowan said isome resources were being held back to help industries recover when the crisis subsided.

He said the state had also asked the federal government to bring forward infrastructure projects in WA.

Reserve Bank governor Philip Lowe predicted the unemployment rate would hit 10 per cent and hours worked would be shaved by 20 per cent by June.

He said the ramifications of the COVID-19 crisis would be felt in Australia’s economy for some time and said the only way to recover was by boosting growth and productivity.

“The best way of dealing with these reverberations is to reinvigorate the country’s growth and productivity agenda,” he said.

“As we look forward to the recovery, there is an opportunity to build on the co-operative spirit that is now serving us so well to push forward with reforms that would move us out of the shadows cast by the crisis.”

Previous Lloyd Rayney’s ‘tendency to lie’ sees him banned from practising law
Next Confusion, division and relief at plan to send NSW school students back to class