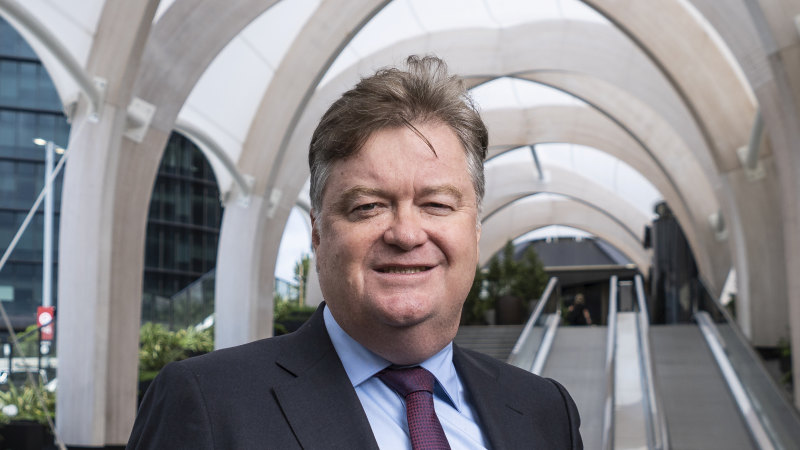 “We do acknowledge that this decision was based on protecting the health and safety of your employees … but we have to acknowledge that your decision to close does represent a material breach in our commercial agreement and we reserve our rights in this regard.”

Mr Thompson added: “We acknowledge the difficulty of the present situation and the fact that it is rapidly changing.”

The directive from the retail giant was received in the same week the national cabinet met with the Shopping Centre Council of Australia and other retail stakeholders to nut out a new mandatory code of conduct covering small-to-medium business tenants. The code includes a moratorium on evictions and a freeze on rental increases for six months.

The document, which was finalised last week and is being passed in successive state parliaments around the country, outlines landlords’ and retailers’ obligations as the COVID-19 social distancing rules challenge operating conditions.

Prime Minister Scott Morrison has said retailers and landlords need to “share the pain” as the COVID-19 social distancing rules put the brakes on discretionary spending and sap foot traffic from shopping centres.

Vicinity Centres denied the company was operating against the spirit of the code of conduct. A spokesperson for the Melbourne-based company said the letter and similar letters sent to tenants didn’t amount to a formal breach notice but was a reminder of lease agreement obligations.

Other sources in the company said it was unlikely any action would be taken against the tenants who keep their doors shut. The company has also committed not to evict retailers experiencing hardship under COVID-19 measures and social distancing restrictions in line with government rules and the code of conduct.

“We have said that we understand that some retailers made the decision to close as a result of COVID-19 and, whilst we want them to reopen as soon as it is appropriate to do so, we have committed to not terminating a lease for retailers that may be experiencing hardship during this period,” a spokesperson said.

It is understood Vicinity management decided to send the letters to tenants after witnessing a number of large and smaller retailers closing their doors voluntarily in March, in a trend which was widespread across the retail sector.

Scentre Group, which is one of Vicinity’s largest rival and controls Westfield branded shopping centres around the country, also witnessed most tenants shutting doors in March. At the group’s annual general meeting in early April, chief executive Peter Allen noted that of that 86 per cent of the tenants in its Westfield mall portfolio were allowed to trade but of those, but only 39 per cent were open.

But the trend now appears to be easing, a Vicinity spokesperson said.

“In a number of our centres, several retailers, both large and small, national brands and dining operators who voluntarily closed their doors are now reopening their stores, and there are more stores reopening now than choosing to close,” they said.

The Victorian government will rush through urgent legislation on Thursday that formalises the code of conduct. A government spokesperson said the government was urging landlords and tenants to pay attention to the spirit of the document.

“The spirit of the code is that parties work together to protect small business, jobs and the economy,” the spokesperson said. “Any tenant who has a dispute that they cannot resolve with their landlord should contact the Victorian Small Business Commission, which provides advice to help resolve disputes and a mediation service.”