‘Tough decisions’: Old and sick patients may be last in line for elective surgery

admin April 22, 2020 Federal Politics Comments Off on ‘Tough decisions’: Old and sick patients may be last in line for elective surgery 33 Views 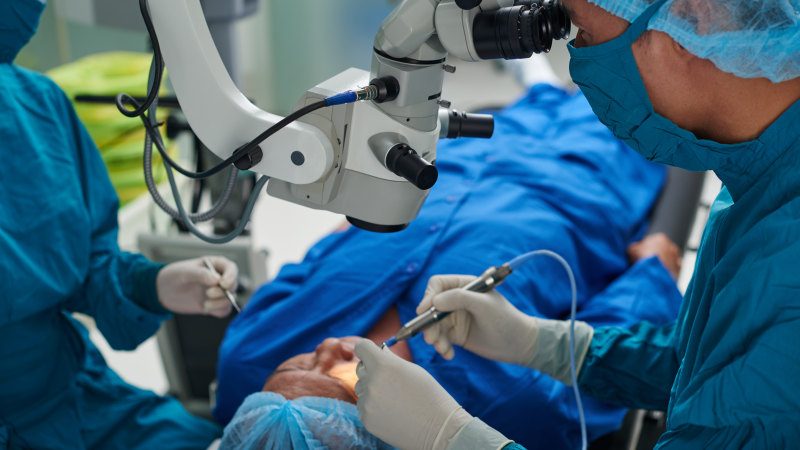 In prioritising the patients on their lists, Dr Ellis said doctors may have to weigh up surgery for an older patient against a younger patient who needed an operation to get back to work.

“These are the hard choices that people will make,” he said.

While age came into the equation, he said, it was not as simple as older patients being locked out, as “there are some very healthy 80-year-olds and some very unhealthy 40-year-olds”.

After Prime Minister Scott Morrison on Tuesday announced a “gradual restart” of elective surgery from April 27, “surgeons are getting phone calls from very distressed patients from all over Australia right now about what is their plan,” Dr Ellis said.

He advised those waiting to “be patient” as there was “a long way to go” before surgeons would catch up on their lists, as they would only be able to perform operations for a quarter of their usual theatre time.

“It’s not an open slather for surgery,” he said. “Most people will have to wait.”

Patients who were “very disabled and in significant pain” would be prioritised, he said, including older patients with severe arthritis who “can’t get to the bath or the front door”, as long as they were not so chronically ill as to likely require a stay in ICU after surgery.

Mr Morrison said on Tuesday that the question of which patients could have their surgery would be a clinical decision made by the “relevant health professional”.

The Royal Australian College of Surgeons and Australian Society of Anaesthetists are working on guidelines for how to make these decisions, with the college to meet with Australia’s deputy chief medical officer Nick Coatsworth on Thursday to discuss the issue.

Dr Sparnon said decisions for surgeons were complicated, as an operation “may be more important for one patient than another” and would also depend on the particular surgeon’s capacity as some “won’t get much operating time”.

Australian Society of Anaesthetists President Suzi Nou said the “complex decision” of prioritising patients for surgery would also depend on the availability of personal protective equipment in each hospital, as performing a higher volume of quicker procedures could tear through stocks.

Dr Ellis said elective surgery would need to “run at 120 to 130 per cent capacity to catch up”, which could take months once ramped up.