Virgin 2.0: A threat to Qantas or a dream come true? 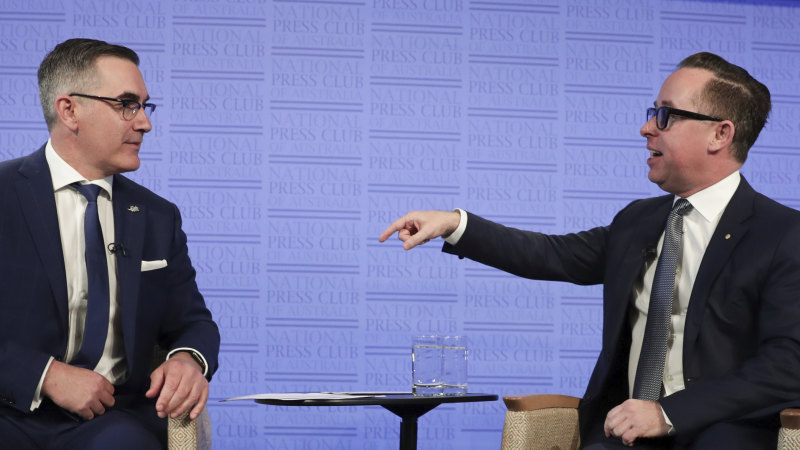 It is not only the Virgin 2.0 balance sheet that will look much healthier having cut a swathe through the $5 billion debt pile, the resurrected airline will be able to establish a new cost base – one that will be significantly lower than that of Qantas.

Administration triggers the opportunity to renegotiate everything from the current enterprise bargaining agreements to fuel hedging contracts, lease rentals from the airport owners and catering. It is a lot like starting a business from scratch.

Students of history will remember Virgin Australia’s predecessor, Virgin Blue, started life in 2000 as a budget airline that operated with a very small cost base and rapidly expanded over the next couple of years after Ansett collapsed.

And even after it was reinvented by former chief executive John Borghetti into a premium airline and massively increased costs, it still beat Qantas on the cost metric. There is no doubt the ability to reset costs will be a huge factor that weighs into the amount would-be Virgin buyers would need to recapitalise the business and place it on a profitable footing.

The extent to which the emergence of Virgin 2.0 becomes a problem for Qantas depends on the plans of the party which gets control of Virgin.

If, for example, a vulture fund makes the winning offer to the administrator, Deloitte’s Vaughan Strawbridge, there is a real prospect that it could reinvent Virgin as a discount airline, pitched at the leisure market and sell as many assets as possible.

While this may place some pressure on Qantas’ budget brand Jetstar, it would allow Qantas mainline to dominate the higher margin business market.

As a budget carrier, Virgin would be likely to shrink or eliminate international travel and sell its exiting no-frills brand Tiger. Virgin would have little use for its loyalty frequent flyer business (given budget airfares do not generate many or any points). So the Velocity business would presumably be sold down the track. When Virgin last year bought the 35 per cent of Velocity it didn’t own it valued the loyalty asset at $2 billion. It is worth far less today in the midst of COVID-19 but could be sold down the track.

The trappings of a full-service carrier such as lounges and free in flight meals would disappear. With a reset low-cost base Virgin could be highly competitive on fares and still remain profitable. But there is no clarity about who will buy Virgin and nor which market segment it would pursue.

A buyer may choose to pitch Virgin 2.0 as a hybrid – with a scaled-down business offering with a more upmarket leisure product. That would suit Qantas and allow it to grow its share of the business market but could eat into Qantas mainline’s share of the leisure market.

The third option would be to retain Virgin as a premium carrier and take advantage of the lower cost base to improve margins or reduce fares.

This would be the worst-case scenario for Qantas. Even as a premium carrier Virgin could reduce less profitable routes and ditch or pare back its international operations which have in the past been mostly loss-making. It could focus on increasing the frequency of the main capital city routes.

Which strategy is employed is in the hands of the new owners – the identity of which won’t be known for a couple of months.

But there is no guarantee that Virgin’s administration will be positive for Qantas. There are too many unknowns at this point for Qantas investors. Its shares fell 6.7 per cent on Wednesday. But in the current information vacuum and amid a virtual aviation shutdown punting on airlines is a hazardous pastime.