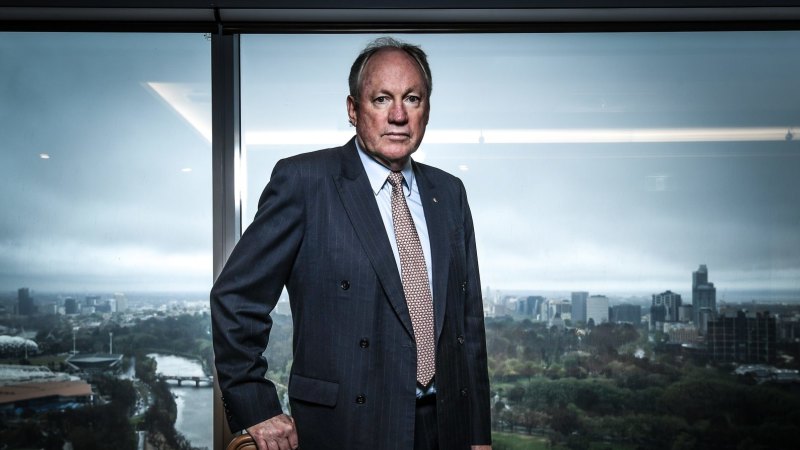 The NSW government has expressed an interest in luring Virgin to Sydney while The Age revealed transport magnate Linsday Fox discussed a plan to bring some of the airline’s operations to his privately owned Avalon Airport with the Andrews government.

Mr de Graaff said Brisbane had a healthy business network as well as a very strong leisure market, and was closer to key destinations including Asia and the Pacific. “Not to mention 285 days of on-time performance loving sunshine each year,” he said.

“This has been a long time coming,” he said, pointedly adding: “[Virgin CEO] Paul Scurrah arrived a minute to midnight”.

“If it were me – no international business and get rid of Tiger,” Sir Rod said.

“The key question to be answered is, as and when Virgin reappears, will it reappear as Virgin Blue – i.e. a low-cost type carrier, single aircraft type, single config[uration], and none of the bells and whistles?

“Or does it re-emerge much closer to a full-service carrier albeit without the international business, Tiger and a greater focus on route structure and route profitability?”

Sir Rod, who steered British Airways through the downturn in the aviation sector after the September 11, 2001 attacks, added there might be scope for some trans-Tasman routes.

The famed Australian businessman, who is currently chairman of investment bank JPMorgan Australia and government body Infrastructure Australia, weighed in on the future of Virgin following the airline’s collapse into administration earlier this week amid the COVID-19 driven aviation shutdown.

Sir Rod also slammed Virgin’s decision to sell a 65 per cent stake in its frequent flier program. The group issued $900 million in bonds to buy back a 35 per cent stake late last year, adding those bonds to its already large debt pile. Following the buyback, Virgin’s debt load was nearly $5 billion.

“They should have never sold their frequent points program. The only airline that has done it in the past was Air Canada and they didn’t know what they were doing and they ended up buying it back.”

“Your frequent flier program has all your customer IP, it’s the heart of your business it tells you what your customers like what they don’t like, how much they are prepared to spend, what else they spend their money on, it’s the IP business.

“Selling it was a crazy idea. Now they bought it back at what turned out to be an expensive time, but by selling it they put themselves in harm’s way.”