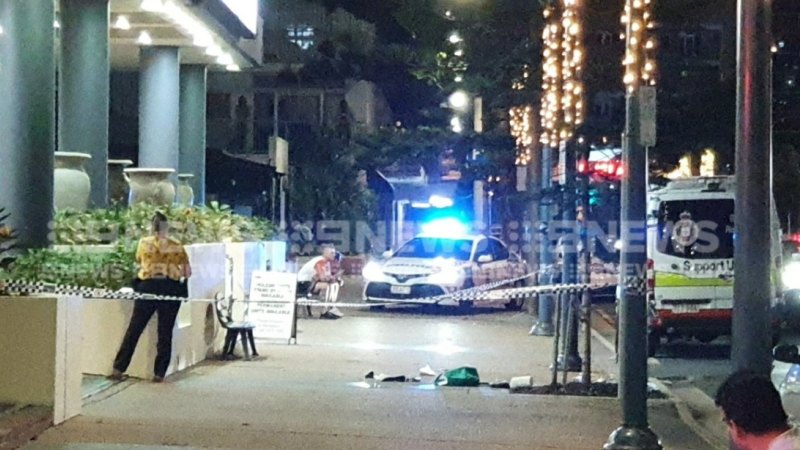 Mr Braid was remembered as “forever a rooster and a larrikin” by friend James Short on Facebook.

Another, Isabelle Marlor, had seen him just the night before and was “absolutely heartbroken”.

“I will miss you every day,” she said.

On Wednesday, police issued a public appeal to find the 20-year-old woman, described as a person of interest in the homicide investigation.

She was found by officers late that afternoon at a Surfers Paradise home and arrested, before being charged with one count of murder on Wednesday night.

The weapon has not been located although it appeared to be an “edged weapon, like a knife or something similar”, police said.

The matter was adjourned for mention on June 23.

Investigators conducted searches in nearby streets following the stabbing and doorknocked the area.

Detective Inspector Chris Ahearn had previously said Mr Braid was part of a group of people on the footpath moments before the stabbing, all of whom were “loosely known to each other”.