AFL could resume in June as revamped fixture release pushed back

admin April 23, 2020 Sport Comments Off on AFL could resume in June as revamped fixture release pushed back 30 Views 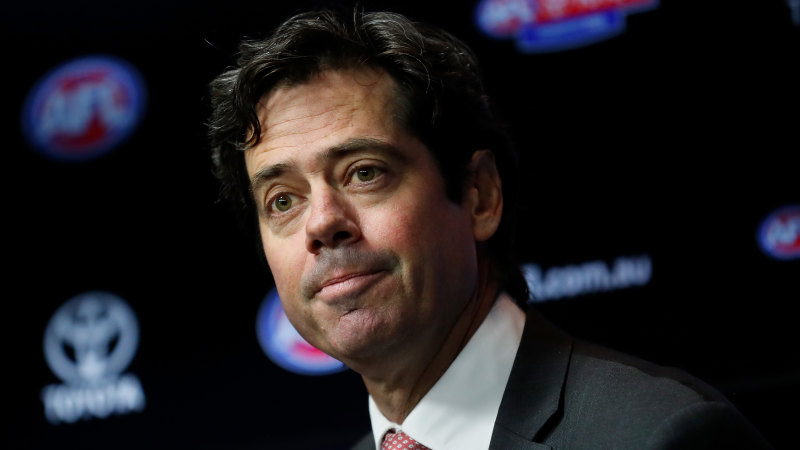 McLachlan has also said the AFL would cover the considerable cost of staging the intensified 2020 fixture which will involve transporting and housing squads of an estimated 30 to 35 players and skeleton football staffers in the hubs as the 144 remaining matches are rolled out in the early stages on close to a daily basis.

While the NRL has insisted it will resume its season on May 28 the AFL view is that health protocols and logistical issues point to a safer resumption about a month later. AFL clubs and broadcasters contacted on Thursday by The Age said they now expect to kick off the season in the last week of June or, at latest, the first week of July.

McLachlan’s anticipated return-to-training announcement has also been dictated by the evolving and differing coronavirus restrictions around Australia with every state under consideration to host an escalated fixture involving four to five-day breaks between games. The AFL’s ambition is for the 17-round season to make way for finals to start in October.

Swans CEO Tom Harley and the Giants boss Dave Matthews have pushed Sydney’s case this week following their Brisbane and Gold Coast counterparts several weeks earlier. Matthews underlined the suitability of the Olympic precinct including Giants Stadium along with the SCG, Blacktown and Drummoyne Ovals along with Canberra’s Manuka Oval as potential playing venues.

Matthews also told 3AW on Wednesday that GWS would be happy to accept any competitive advantage should NSW government exemptions allow the club to start training earlier than in other states.

The state of emergency put in place to slow the spread of coronavirus in Victoria is due to expire at midnight on May 11. Premier Daniel Andrews suggested earlier this week that the government could relax some restrictions in the coming weeks.