Ben Cousins to spend another night in jail

admin April 23, 2020 AFL Comments Off on Ben Cousins to spend another night in jail 33 Views 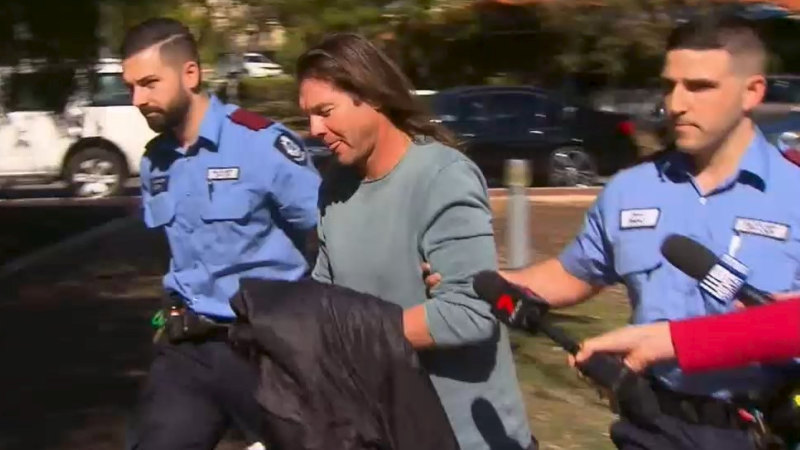 He faced Armadale Magistrates Court on Thursday but the matter will return to court on Friday to complete his bail application.

He said Cousins had a history of breaching his restraining order “but this is different to the last set of breaches” because a parenting plan signed in September last year allowed Cousins to make phone calls and have visitation rights with his children.

The police prosecutor told the court that the breaches had been telephone voice messages and text messages, with most calls unanswered.

She said Cousins contacted the complainant up to 43 times a day. Some messages came from a different number; those text messages were in regards to the children, with another person asking why Cousins couldn’t ring, saying the phone was blocked.

The prosecutor said Cousins attended the complainant’s property, where he sent messages including one saying he was at the end of the driveway.

The prosecutor told the court Cousins said he had Easter eggs and wanted to see the children. She said he also yelled out to the kids: “I hate your mother”, “why don’t you love your dad” and “why don’t you get your mum to let me speak to you”.

Cousins recently opened up in an expletive-laden, paid TV documentary about his family and substance abuse.

“I’ve stuffed things up royally. It’s time, I think … to get things right,” he told the Seven Network.

“In a perfect world I would’ve liked to have come out the other side a long time ago, but it hasn’t been the case.”

“From that he receives a payment. The complainant then wants a share of it – he says no – then in April, all of a sudden these charges,” Tudori said.

The former premiership player and Brownlow medallist has struggled with a meth addiction.

The magistrate said it was “unfortunate to see the meth issue rearing its head at face value”.

Tudori said “meth is the way [Cousins] deals with stress in his life”.

The magistrate said protective bail would override the parenting plan.