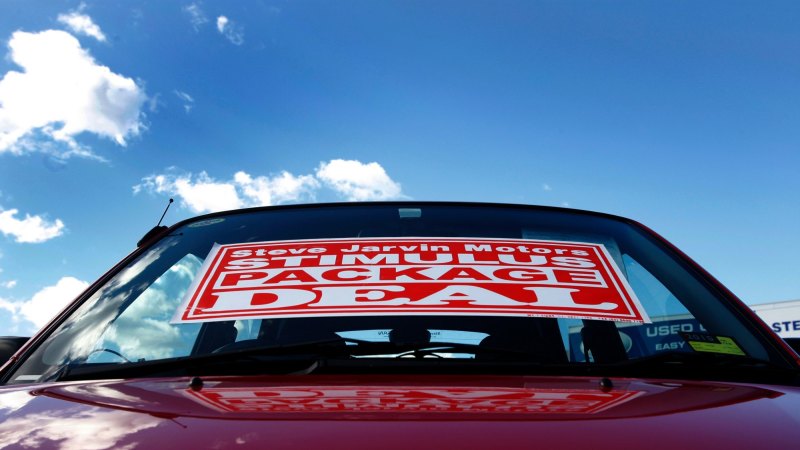 The update from Carsales came as the head of the Australian Automotive Dealer Association, James Voortman, said that some new car dealers had reported a 40-60 per cent drop in new car sales this month.

“The March sales figures were down around 18 per cent. But we’re really bracing for a pretty big downturn in the month of April,” he said. “It’s going to be probably the biggest reduction we’ve ever seen in a month, is what I’m anticipating.”

“Feedback from my members suggests that new car sales have reduced by between 40 and 60 per cent in the last three or four weeks.”

Car dealerships have been forced to take steps to cope with the economic damage wreaked by the coronavirus, including standing down staff and reducing operating hours, Mr Voortman said.

“The dealers came into this COVID-19 situation in a pretty precarious position, because new car sales have been declining for two years straight. The margins on dealership businesses have been declining over the last four years, and now we’re making less than 1 per cent return on sales,” he said.

The chief executive of the $960 million listed car dealership company AP Eagers, Martin Ward, said the company would have had to stand down a significant number of staff if the federal government’s JobKeeper program had not been announced.

“What the government has put in place in terms of Jobkeeper, is an absolutely critical component of the support,” he said.

The pandemic has forced AP Eagers to halve its final dividend to 11.25 cents per share, with the announcement coming less than a month after the dividend was announced.

The company’s non-executive directors have also forgone board fees, with Mr Ward suffering a 46 per cent cut to his total remuneration.

Previous Borders to remain closed for months, government weighs NZ travel
Next Schools left in dark about how to proceed with year 12 assessments