Just 14,000 who signed up to fight Hitler left standing 75 years on 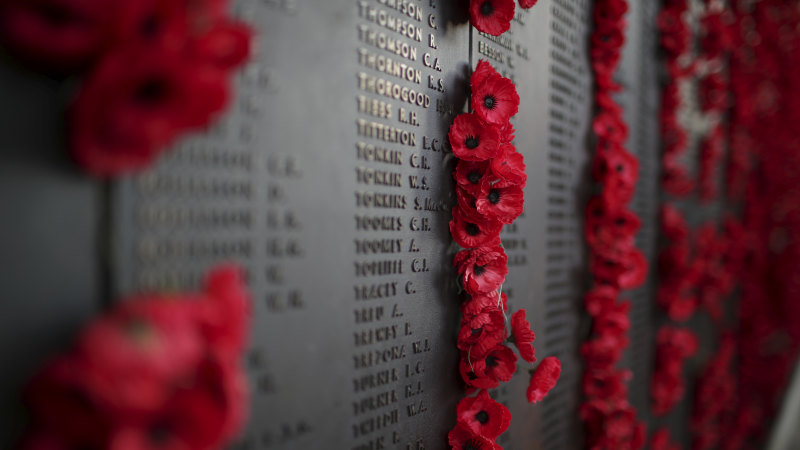 The number of veterans who served in the conflict has fallen from 30,000 five years ago to about 14,600 in July last year, with the average age of those survivors now 95.

Veterans Affairs Minister Darren Chester said if governments continued to make good progress in containing the coronavirus, the 75th anniversary of Japan’s surrender would be marked by a large public commemorative event.

“We are blessed to still have about 14,000 Second World War veterans alive today and our nation needs to thank them for their service on August 15 this year,” Mr Chester said.

He said the government was working to ensure their service in the Pacific was well recognised overseas with recent upgrades to memorials and a $10 million commitment to commemorate the bonds that exist between Australia and Papua New Guinea.

The focus of that work will be improving infrastructure on the Kokoda Track, a commemorative walkway at the Bomana War Cemetery and an interpretive centre in Port Moresby, he said.

Mr Chester said while there would be no marches, parades nor two-up at local RSLs this weekend, Anzac Day had “not been cancelled”.

“Australians are at their best when we come together to support one another and while we cannot physically gather to commemorate the service and sacrifice of our Defence personnel, we can show them our respect,” he said.

“I know many of our older veterans look forward to catching up with their mates on Anzac Day and it’s very sad they can’t do that in person this Saturday.”

He said all Australians should learn more about the “courage and sacrifice” of those Australians that served or were affected by World War Two.

The government has funded stage two of the ANZAC 360 App to focus on Australians’ efforts in Asia and the Pacific, focusing on some of the darkest chapters in its military history — Hellfire Pass in Thailand and the Sandakan Death Marches in Borneo, Malaysia.