Race-by-race tips and preview for Port Macquarie on Friday

admin April 23, 2020 Sport Comments Off on Race-by-race tips and preview for Port Macquarie on Friday 32 Views 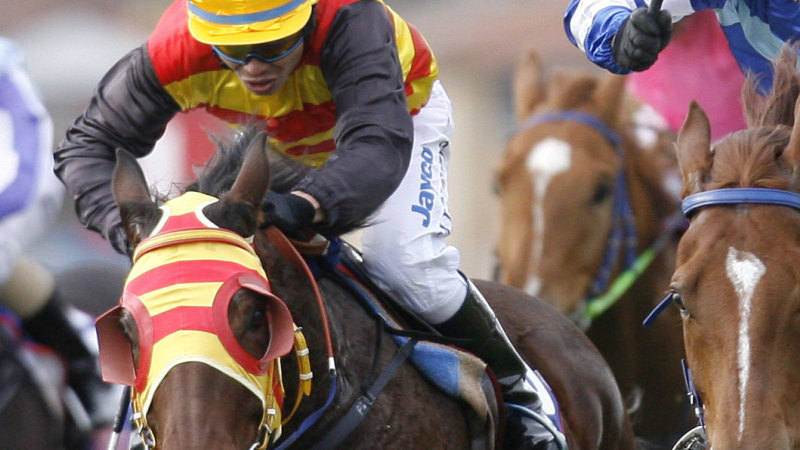 Dangers: Rival Newcastle filly 10. Chilli Chilli was well beaten resuming in that same race as The Premier, but can improve sharply second-up from a soft draw; while five-year-old home track mare 6. Crazeelil was good here three runs back before taking on tougher maiden company, but prefers rain-affected going.

How to play it: The Premier to win Odds and Evens: Split

Race 3 OPEN HCP (1506m)
Tricky tactical race, and most have a chance. Local six-year-old 5. O’Driscoll from the Tas Morton stable hasn’t won for a while, but continues to run on well just behind the place-betters in handy open company, and five of his seven career wins have come at home.

Dangers: Newcastle five-year-old 1. Chalmers also gets his chance to break a long run of outs rising in distance third-up after two modest efforts at BM 70 provincial level. Consistent Coffs Harbour six-year-old 2. Evopex hit the line late in a good BM 85 at Armidale, and is on the quick five-day back-up. Cane tucked away back in the field, and produced late again. Ballina six-year-old 3. Polemic will find this easier than first-up effort at the Gold Coast when well beaten at big odds, and also draws to get plenty of cover around midfield.

Race 4 MAIDEN HCP (1206m)
Back to the maidens, and lightly raced four-year-old mare 2. Princess Ariana from the Kristen Buchanan yard at Wyong only needs to get over from a wide draw to be the one to beat at fourth start. Held on okay behind a smart one at Wyong before only collared late after leading at Newcastle by one of the better non-metro maidens in NSW at the time.

Dangers: Home track mare 1. Frivolosophy has run three consecutive second placings this prep, and is the clear threat over a little more ground from a soft draw. Watch any betting move at big odds for Scone three-year-old 5. Stroke Of Midnight who charged home at only second start at Dubbo, and has been freshened with blinkers applied; Muswellbrook four-year-old 7. Tough Case loves to roll forward, and hasn’t missed a place in four runs this prep; while local four-year-old mare 10. I’m Fluent improves back on top of the ground fourth-up and is best of the rest.

Race 5 CLASS 1 & MAIDEN PLATE (2012m)
Deeper and open staying contest, and the three-year-old’s have an edge. Keen on improving gelding 11. Savvy Crown from the Jason Deamer stable at Newcastle out in trip and down in weight at only third career start. Covered a stack of ground well back on a Heavy 8 at Tamworth, but still ran on well, and while has to overcome another wide draw, can peak on more suitable track.

Dangers: Liked the way Newcastle filly 9. Lime And Sugar found the line on a Heavy 10 this track. Hard fit well into the prep, and is by a dual group 1 UK winner. Local four-year-old gelding 2. Lucky For Some has more ability than his record suggests, and improves even further back on good ground. Has been close-up in his last two here, only run down late in that same Heavy 10 race after setting a solid tempo out in front. Newcastle colt 10. Political also did his best work late in that same wet track slog, and this is the firmest surface so far in four runs.

Race 6 CLASS 2 HCP (1506m)
Competitive battle, but big fan of four-year-old mare 5. Pure Faith from the Brett Cavanough stable at Scone despite drawing wide, and flopping last start on a very heavy track at Tamworth. Won her previous two comfortably at Gilgandra and Gunnedah, and can bounce straight back in firmer going.

Dangers: Taree mare 2. Good Excuse did her best work late in a CL3 at Muswellbrook before out of her depth at Newcastle, but gets in okay at the weights after rider’s 2kg claim. Wyong three-year-old filly 3. My Desire has been up for a while, but held on okay after trailing the speed in a BM 66 at Scone. Has a tough task coming over from the outside gate. Coffs Harbour four-year-old 1. Banjo’s Voice hit the line hard in a BM 66 at Ballina fourth-up, and will be running on again.

How to play it: Pure Faith to win Odds and Evens: Odds

Race 7 CL3 HCP (1006m)
One of the highlight races of the day, and there are a stack of chances. Like the timing and value about three-year-old Wyong gelding 1. Upper East Side from the Buchanan stable who can peak and finish hard third-up from a handy trailing draw. All three career wins have come on good ground.

Dangers: Scone four-year-old mare 3. Gem Dealer resumes off two quiet trials, has plenty of natural ability, and blinkers go on. Inside draw, though, doesn’t do her natural pattern any favours. Grafton four-year-old 5. Jule’s Spirit returned off a long break with a smart CL2 win at home before again attacking the line late in a CL3. Draws to get plenty of cover off the speed, and will again be zooming home. Wyong four-year-old 4. Gidgee Guy must be a hope after hitting the line from a mile back in a BM 64 at Newcastle, just doesn’t want to drift too far back; while local five-year-old 10. Crackneck is best of the rest down in weight.

Race 8 BM 58 HCP (1206m)
Progressive three-year-old filly 8. Gentlemen’s Words from the Murwillumbah stable of Matt Dunn can take the next step fourth-up off a dominant on-speed maiden win at Ballina. Will push forward again & likely sit outside or just behind the pace.

Dangers: Home track three-year-old gelding 6. Spirit In The Sky gave nothing else a chance third-up here in the heavy leading all the way to bolt in his maiden, but has only seen wet tracks this year, and draws a tough gate. Local five-year-old gelding 5. Condover Hall was okay late resuming on a Heavy 10, and can improve further back on firmer ground from a better draw; while Coffs Harbour mare 7. Supreme Diva is another one who improved sharply on wet ground surging home to win a CL1 at Taree, but not as effective in the dry.

How to play it: Gentlemen’s Words to win Odds and Evens: Split

Previous Driver of Porsche involved in freeway crash identified as Melbourne mortgage broker
Next Feasting or fasting, this year brings a Ramadan like never before