Teaching has been a lifelong vocation for this headmaster

admin April 23, 2020 National News Comments Off on Teaching has been a lifelong vocation for this headmaster 28 Views 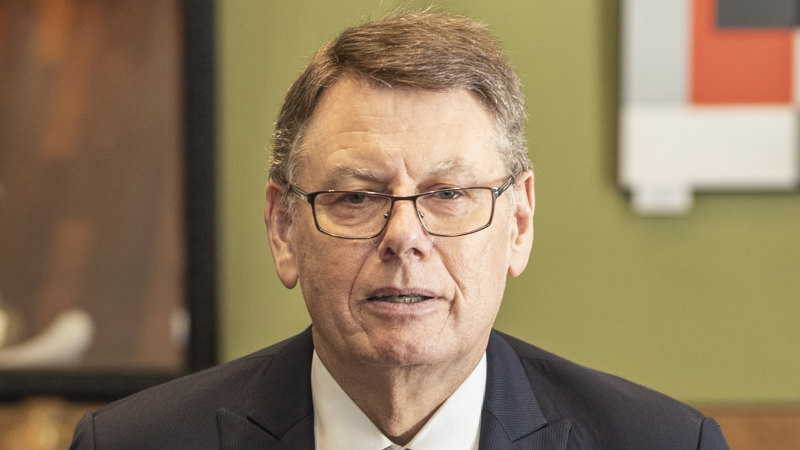 “I was ill prepared,” he said. “I went from experiencing only an elite school to a disadvantaged school in the western suburbs. I went from teaching highly able kids at Sydney Grammar School to an allocation where I had the 13th graded class down in English in Year 9, so it was a rude awakening to the realities of normal teaching.

“I learnt a great deal very quickly. I needed to in order to survive and I had seven wonderful years there. I loved the kids and was sad to eventually leave.”

From Lurnea, he went to Leumeah High School in the Campbelltown area before being promoted to head of history at another western Sydney school, Busby High. He then moved on to Macquarie Fields High, Elderslie High and at the age of 39, became the youngest state high school principal at Thomas Reddall High School in Campbelltown.

“Because I came from a very dysfunctional family myself, I have always had a great rapport with students who are struggling or who are from difficult family circumstances,” he said. “I have found that very helpful in the role of principal and head of school in understanding and helping care for those kinds of students.”

After 25 years in the public system he was appointed principal of St Paul’s Grammar School in Penrith, where he worked for 12 years before taking his current job in 2010.

St Paul’s had been the second school in the state to introduce the International Baccalaureate Diploma and Dr Collier was responsible for extending that program from senior to junior and middle years. Mandarin was compulsory from kindergarten to year 6. It was then taken up by years 7 to 12.

“St Paul’s had the largest Mandarin Chinese teaching program in Australia at that time,” he said.

He is now in his 11th year as head of St Andrew’s Cathedral School and its Aboriginal school, Gawura.

Dr Collier is a huge advocate of Australia’s youth, describing them as “magnificent”. “They give me great hope for the future,” he said.

While Dr Collier has no interest in changing careers, he says the management and administrative skills a headmaster develops are transferable to chief executive officer roles in the commercial world.

He says teaching is a wonderful career for those who love people and want to make a difference.

“It is not a career that is ever going to make you wealthy,” he said. “But it is … one of the critical areas of society because it is preparing young people for the future.

“Most principals would tell you the workload is immense and they deal sometimes with very challenging issues, but they love the work and they are glad they have the role.

“I’d encourage people to look at headship and not be overwhelmed by a sense of the workload, because it is a great opportunity to make a difference.”

Dr Collier recommended specialisation in a subject at honours or Masters level, or taking a Masters in Educational Leadership or an MBA or PhD.

Previous Schools left in dark about how to proceed with year 12 assessments
Next As climate heats up, artificial burrows could help penguins stay cool