A stark reminder of sacrifices made to ensure our safety

admin April 24, 2020 National News Comments Off on A stark reminder of sacrifices made to ensure our safety 32 Views 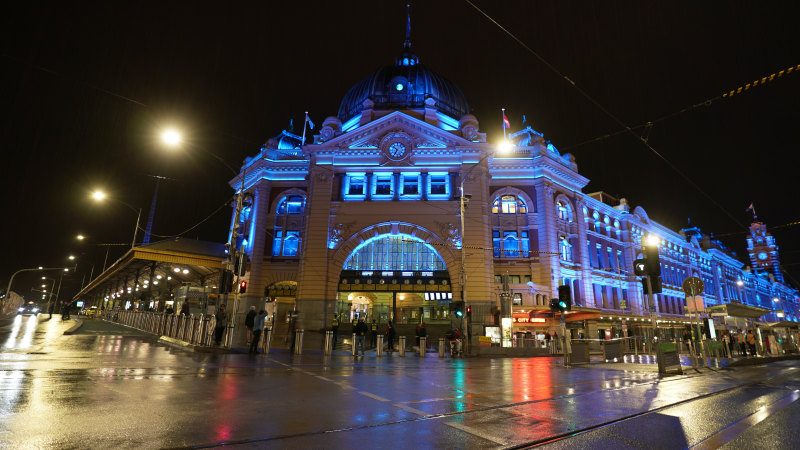 They may leave home each day in a uniform, but they are also wives and husbands, sons and daughters, friends and neighbours. While every police officer vows to protect their community, they are also part of the community. They have passions and pastimes. Of the four who died, one had spoken of his love of heavy metal music, another his devotion to the Richmond Tigers, one was a mother who enjoyed travelling, and one, barely out of training, simply loved being a police officer.

This week bunches of flowers adorned the Victoria Police Memorial in Kings Domain. The names of those lost will soon be included in the roll call: Constable Josh Prestney, Constable Glen Humphris, Leading Senior Constable Lynette Taylor and Senior Constable Kevin King. They are names that deserve the respect and honour that comes with their inclusion.

Many of Melbourne’s most renowned buildings were bathed in blue light on Thursday night as a tribute to them. It was a moving gesture made all the more poignant by the near abandoned city centre. The empty streetscapes are a result of the difficult work done by police in ensuring we stay safe during this time of a pandemic. It has not been easy. Keeping everyone at a safe distance from each other is not exactly standard policing. Like so much they do, they don’t make the rules, but are entrusted to enforce them.

As much of our society is put under a stress test not experienced in decades, there has been a great deal said of the need to look out for each other. To care for those who are more vulnerable, to support those most in need. On so many occasions, both big and small, Victorians have shown their willingness to do exactly that.

This tragedy once again calls on us to step up to the occasion. To extend the hand of compassion and understanding to those who may be suffering. To remind ourselves how often police sacrifice their security for our wellbeing. The Age extends its deepest sympathies to those who are mourning the loss of four good officers. They need and deserve our support.