Race-by-race tips and preview for Rosehill on Saturday

admin April 24, 2020 Sport Comments Off on Race-by-race tips and preview for Rosehill on Saturday 32 Views 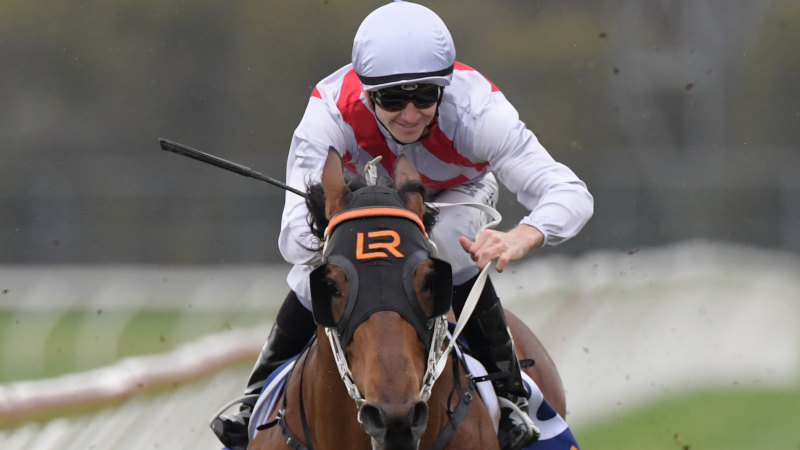 16. Donandkim was trapped wide, shuffled back in the run and blocked in the straight all in the same race last start. That was behind Indy Car and Icebath, the early favourites for the Hawkesbury Guineas. Hoping things are a lot less problematic for the Gerald Ryan-trained three-year-old here. Last preparation, his first for Ryan, he won three from four, with the defeat a game third in the group 3 Spring Stakes at Newcastle behind Asiago. There doesn’t look to be much separating a lot of these horses ability-wise so the map is key and Donandkim should get a lovely run. 5. McCormack was trapped wide in the Provincial Championships Final. Forget that. Had been flying prior and finds Hugh Bowman.
How to play it: Donandkim each-way.

It’s a far cry from the $20+ we got about 6. Bangkok second and third-up but here we go again with the Allan Denham-trained mare. Drawn barrier 1, expect to see the five-year-old much closer. She isn’t a one-dimensional backmarker. On the five other occasions she has drawn inside she has settled third, second, fifth, seventh and fourth. All three of her runs have been exceptional this time back. First-up she was luckless behind Fasika and I Am Excited before making up a stack of late ground in her last two. This is the last hurrah for two time group1 winner 1. In Her Time. She is also exceptionally well in with 60kg given her lofty benchmark rating. Her runs have been much better than they read on paper.
How to play it: Bangkok to win.

This appears to be a very targeted preparation with 2. Graff in order to get him winning again ahead of loftier Queensland targets. The four-year-old wouldn’t have been out of place in the group 1 TJ Smith Stakes yet here he is in a listed race with the blinkers going back on having won his most recent Newcastle trial impressively. He has drawn soft and Hugh Bowman rides. Two of Graff’s three wins have been over the Rosehill 1100m. Sure, he carries 59kg but he has the class to overcome that. First-up last preparation he was beaten a length by Redzel and Pierata with Nature Strip and Sunlight back in fourth and fifth. The pattern that has started to emerge with lightning fast mare 15. Agent Pippa is that she responds to being kept fresh. She’ll give a big sight.
How to play it: Graff to win.

Convinced that 3. Eleven Eleven is the best horse in this race. Just wish he drew a gate. Eleven Eleven’s first up run was a touch hidden with the son of Fastnet Rock running the fastest 600-400 and 400-200 before peaking on his run. The query I’ve got is whether Greg Hickman’s three-year-old is still going to be half a run short, especially straight out to 1400m but last preparation in Queensland highlights how talented he is with three consecutive placings behind Alligator Blood. They were all on good tracks. 4. Bandersnatch smashed the clock first-up last preparation. He’ll roll along in front with the benefit of the inside draw.
How to play it: Eleven Eleven.

6. Girl Tuesday didn’t look at all comfortable first up in the wet conditions. Forget she ever ran. Has since been back to the trials with the four weeks between runs and despite running last, love how she trucked through the line. Back on top of the ground, expect her to bounce back in a big way. The five-year-old was outstanding last preparation, bolting in first-up beating Bangkok and Cradle Mountain before finishing alongside Avilius at weight-for-age. This is a lovely race for 16. Live And Free with 53kg on his back but he has always improved sharply second up. However, 1500m first-up and having won a trial recently in the manner of a horse ready to go, perhaps John O’Shea has the five-year-old more forward than in past preparations.
How to play it: Girl Tuesday each-way.

13. Nordicus is knocking on the door this time back having savaged the line in two runs. The blueblood gelding (Dundeel x Miss Finland) is now under the care of Anthony Cummings and he has the four-year-old flying. First-up he matched motors with Indy Car over 1100m before staying at 1100m on a heavy track at Warwick Farm. His 35.31s last 600m was the quickest of the entire meeting. That’s despite his earlier form suggesting he wasn’t fond of wet tracks. He jumps into Saturday company here but third up on top of the ground and out to 1300m, he’ll take holding out with any luck from the car park draw. 11. Miss Einstein has won three of her six starts and is a lightly-raced mare worth following.
How to play it: Nordicus each-way.