The week Australia stood up to China and global giants

admin April 24, 2020 Latest News Comments Off on The week Australia stood up to China and global giants 68 Views 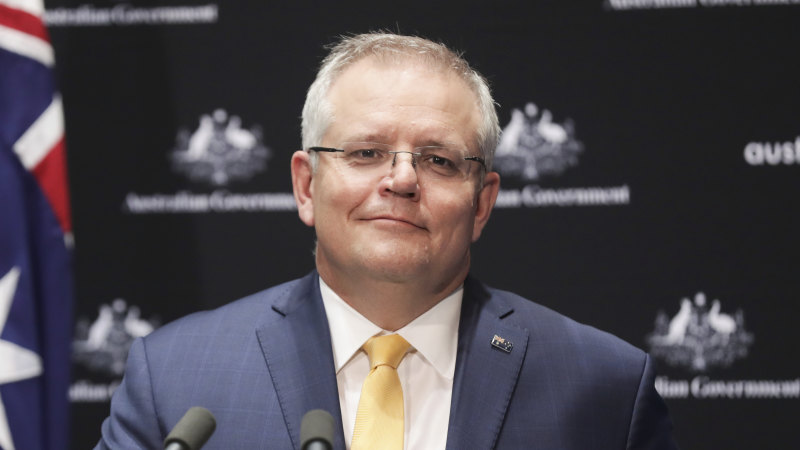 “They are really going over the top,” says Barme, “especially in the month or so since Zhao Lijian, the up-and-coming ‘Wolf Warrior’ diplomat, tweeted that it was the US army that brought the conoravirus to China.”

Zhao is one of the official spokespeople of China’s Foreign Affairs Ministry; Wolf Warrior was a hyperpatriotic action film lauding the People’s Liberation Army, the highest grossing movie ever screened in China. Zhao has emerged as something of a Chinese counterpart to Donald Trump’s demagoguery.

“This stuff is beloved of all of us who appreciate the xenophobic, extremist, rabble-rousing, ratbaggery” of the Chinese Communist Party. “Really, it’s very hard to keep a straight face.”

Till now, this stuff was mostly reserved for domestic consumption. Beijing is now exporting it as part of its strategy to use the COVID-19 crisis as an opportunity to accelerate its plans for reshaping the world.

Australia this week incurred some of this rhetorical wrath when the Morrison government calmly made a series of moves that defied Beijing. Strikingly, in some of the key initiatives, Australia led the world.

But China’s Communist Party doesn’t have a monopoly on the art of the thick and black, or “hou hei xue”. It’s the same attitude the world has seen from the US tech titans, most prominently Google and Facebook, but also including Apple and Amazon. The four have pioneered “a new kind of corporate extremism” that no other US company could have got away with, according to Scott Galloway of the New York University Stern School of Business.

Even after huge falls in their share prices in the COVID crunch, these four firms have a market capitalisation nearly four times the size of the total annual output of the Australian economy.
This week Australia calmly defied them,too. The Morrison government announced that Australia had decided to impose a mandatory code of conduct on these corporations because efforts to negotiate a voluntary code were going nowhere.

“It’s only fair that those that generate content get paid for it,” said Treasurer Josh Frydenberg. The tech titans, which profit from the journalism of Australia’s media companies, would be forced to share some of that profit with the companies that produce it.

Australia wouldn’t bow to their threats. “It’s a battle worth fighting,” he said. Here, too, Australia is leading the world.

Taken together, this week’s decisions to defy the authoritarian superpower, China, and America’s biggest companies, represent a remarkable moment in Australia’s national self-assertion.
Apparently out of nowhere, we see a new boldness and independence from a country that has long been considered an economic dependency of China’s and a “deputy sheriff” of America’s.

What’s happening? The corona crisis is accelerating history. China already was pressing hard for advantage. American leadership already was little more than a quaint memory. But the pandemic has emboldened China and embroiled America.

And in Australia, it has empowered Scott Morrison. He was already immersed in the policy issues of Chinese strategy from his years on the cabinet’s national security committee as treasurer.
If you want a rare insight into the work of that super-secret committee, this week’s release of Malcolm Turnbull’s memoir provided one. He repeatedly describes China’s conduct towards Australia as “bullying” and confirms that China attempted to coerce Australia economically.

On the Chinese government’s espionage intrusions, Turnbull writes that while many countries spy on Australia, “what’s become increasingly apparent over the last decade is the industrial scale, scope and effectiveness of Chinese intelligence gathering and in particular cyberespionage.

“They do more of it than anyone else, by far, and apply more resources to it than anyone else. They target commercial secrets, especially in technology, even where they have no connection with national security. And, finally, they’re very good at it. A last point, which speaks to the growing confidence of China, is that they’re not embarrassed by being caught.”

And Morrison was already deeply involved in efforts to manage the depredations of the US tech titans. He was the treasurer who launched the Digital Platforms Inquiry three years ago, for instance.

The virus is accelerating events here, too. Communications Minister Paul Fletcher has pointed out that the crisis has savaged the ad revenues of Australian media businesses. On top of this policy background, Morrison has had a searing lesson in leadership in the past few months. He learned from the bushfires that inaction in a crisis is a political disaster, but from the pandemic that decisive leadership is a political triumph.

Four China-related moves came in rapid succession, starting with Foreign Affairs Minister Marise Payne on Sunday. “I think it’s fundamental” she said “we determine an independent review mechanism to examine the development of this epidemic, its development into a pandemic, the crisis that is occurring internationally.”

An inquiry might seem a sensible starting point. But not in Beijing. The Foreign Ministry said it was “gravely concerned” at this, dismissing it as a “political attack” designed to “hype up” the situation. It sought to diminish the idea by saying Australia was “dancing to the tune of another country” and to “parrot[ing] what those Americans have asserted”.

You bet the Chinese Communist Party is concerned. Its new strategy to turn its COVID culpability into geopolitical gold is directly threatened by an international inquiry. An inquiry would keep scrutiny and pressure on China.

Was Australia parroting America? Trump has blamed China for the pandemic, but the idea of an independent inquiry was Australia’s own initiative.

Second, Morrison proposed that there needs to be an international disease inspectorate to prevent future pandemics. The agency, with powers similar to those of international weapons inspector, could be the World Health Organisation, or a new body. And he took this idea to Donald Trump, Angela Merkel, Emmanuel Macron and others in a series phone calls. None of these has so far committed to support the concept – so much for Australia “dancing to the tune of another country”.

But New Zealand and Britain have expressed support for such a mechanism and Morrison intends to continue pressing for international agreement.

Third was the South China Sea. Under cover of COVID, Beijing is pressing its claims against its neighbours’ territories harder and faster. In the past month it has declared a new local government zone over a disputed part of the South China Sea. And rammed and sunk a Vietnamese fishing boat in disputed waters.

In the face of this, Australia announced this week that it had sent a frigate, the HMAS Parramatta, to join three US Navy ships in exercises near an area of the South China Sea where Malaysian, Vietnamese and Chinese claims clash. And where a Chinese survey ship reportedly is searching for undersea oil.

Marise Payne supported the HMAS Parramatta deployment with a statement calling on all parties to “refrain from destabilising activities” and concentrate on the pandemic.

The defence strategist Peter Jennings suggested that Australia “prepare for the crisis after the crisis”. The Morrison government knows full well that another made-in-China crisis is on its way.

The fourth China-related Australian initiative this week was one launched by a minister who hadn’t even consulted Morrison on it, much less the US. The Agriculture Minister, David Littleproud, proposed to his counterparts in the G-20 this week an independent scientific inquiry into wet markets for wild animals entirely on his own initiative. The chief veterinary officer in Littleproud’s department, Mark Schipp, told the minister that wet markets for wild animals have generated six pandemics in recent decades. It was time to do something about it instead of just waiting for the seventh, Littleproud decided.

“I went straight to my department and I simply went to the G-20,” he tells me. “We understand the sensitivity China may have about the origins of this disease but it’s international good practice to Learn from a crisis.” He got no statements of support from any other G-20 minister.

“I am challenging the G-20 to lead this. It’s important that we have open conversations about these events that impact lives and the food security of nations. Let us as the G-20 undertake the work and share it with the developing countries” that most need help with it.

Wet markets for wild animals, says Littleproud, are a cocktail that just explodes every so many years, “so you just have to take away the ingredients”. He emphasises that the problem isn’t wet markets themselves, but the trade in wild animals. It’s this element that needs to be “isolated and eliminated”.

Littleproud says that while Australia will pursue the idea, Schipp will also pursue it in his capacity as chair of the World Organisation for Animal Health.

They’ll need all the help they can get. We know the Chinese response will be incendiary.

Australia has not made any splashy declaratory new China policy, or returned rhetorical fire, and Geremie Barme says that this is exactly the right response. “The smart thing is not to engage rhetorically, you act.”

That’s exactly what Australia is doing. Not only in defending its interests against China but against the biggest of American big businesses as well. You don’t need a thick face or black heart to defend your rightful national interests. You do need determination and independence. Australia the lickspittle, it seems, is becoming a lion.