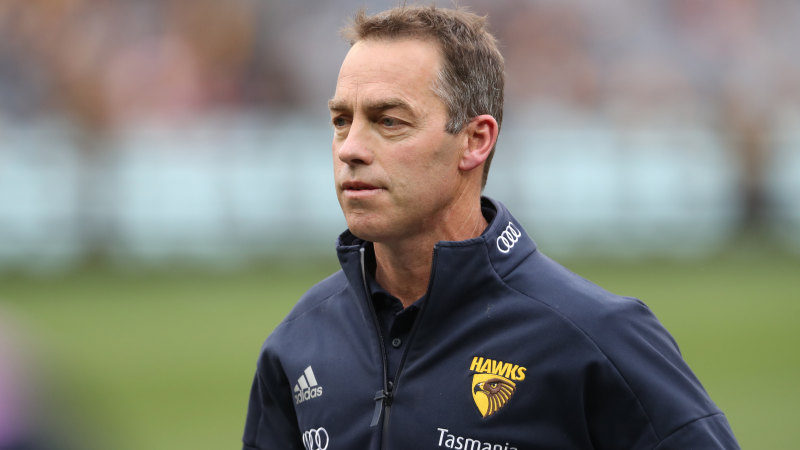 At the moment list sizes vary but the collective bargaining agreement states that all clubs must have a minimum of 38 players on the primary list, and can also have up to nine rookies, taking the number of players on each list to 47.

Gold Coast, due to list concessions granted last year, have 51 players on their list in 2020. Both the Suns and the Brisbane Lions already have more than 35 players contracted for 2021.

Such contractual obligations adds to the need for a gradual reduction from the current number of above 800 listed players to 630 if lists were reduced to 35 (the last time fewer than 600 players played in a season was in 2010 before the expansion teams entered the competition).

However, a negotiation between the AFL and the players would still be needed to reach agreement on list sizes, which shapes as a difficult discussion for the AFL Players’ Association as cuts would reduce opportunities for many of its members.

Although the AFLPA is open to discussing many issues when it negotiates a revised CBA, as expected, because of the shutdown and subsequent loss of revenue as a result of the coronavirus pandemic, it claims it is yet to hear an argument that would justify a reduction in list sizes.

The AFL has set up a talent pathway working group to look at the issue of how talent is developed, which will look at state leagues and is likely to feed into the decision on list sizes.

Hawthorn coach Alastair Clarkson, who is on the working party, said the game was considering whether the money available to players went to a reduced list of professional players who were ready for senior football and driving the game’s revenue.

He indicated on Fox Footy that players on the fringes, or young players needing development, should sit outside the club environment until they won a spot on the list through performance, but was adamant that AFL clubs needed to be connected to a second-tier team in some manner.

For the past two decades clubs have required, on average, about 36 players per club per season and there is growing thought within the AFL that any short-term needs when players are required because of injuries could be met from outside the elite system, with players potentially on short-term contracts.

However, clubs are uncertain how this would work in practice, with several list managers suggesting it would be too big an ask to expect part-time players to suddenly leap into the AFL system at a moment’s notice. Clubs are also keen to maintain the capacity to list category B rookies and were asked questions in relation to the diversity of lists in the document they were sent.

AFLPA vice-president and Adelaide star Rory Sloane admitted on Fox Footy the issue was the hardest one he had contemplated during his time on the PA board.

He said he was not sure on his position as yet but added players were well aware of the difficulties many people in the industry were encountering and the discussion would need to be had.

“It would be naive for us as players to think there can’t be cuts when the rest of the industry have been making cuts,” Sloane said.