No gowns, visors, gloves: national medical stockpile to be reviewed 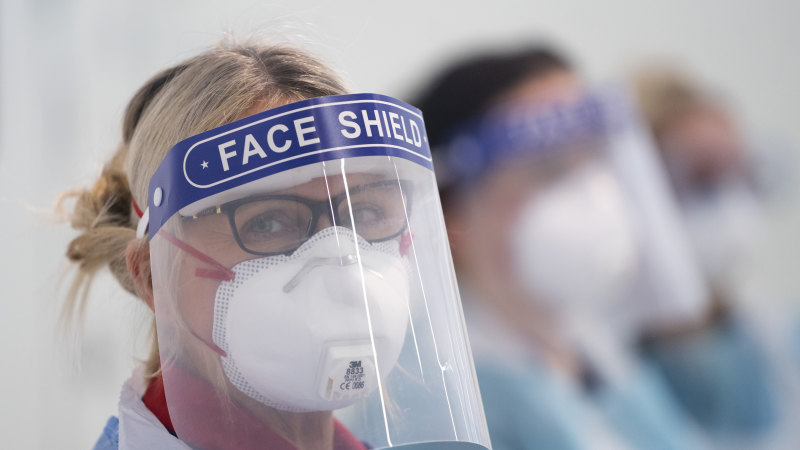 Health department acting secretary Caroline Edwards said gloves, gowns and goggles had not “traditionally” been included in the national medical stockpile and that, at the beginning of the pandemic, ” there were none of those items”.

“The role of the national stockpile is limited,” Ms Edwards told the hearing. “It’s to provide assistance to states and territories, especially for public hospitals, in times of a particular health event.”

Greens Senator Richard di Natale said the revelation was concerning as frontline health workers were facing the possibility of being unable to provide care to the most critically ill patients.

“Having spoken to medical colleagues working in ICU, they have told me that the issue of gowns and face shields has been a significant problem for them,” Senator di Natale, a former GP, told the Sydney Morning Herald and The Age.

“It’s all very well to have ventilators, but without the gowns and shields required to work in ICU we have a major problem.

“What is the point of having a stockpile for pandemics if it doesn’t contain the necessary items?”

Stocks of personal protective equipment have recently been so low in one intensive care unit at a Sydney hospital that for several weeks doctors and nurses were forced to make their own protective face shields out of stationery supplies.

Professor Murphy said that while there were scenarios under which Australia “wouldn’t have had enough PPE” to respond to the coronavirus pandemic, public health measures introduced last month had brought infections sufficiently under control.

“At no stage have we ever been in a position where I have felt that any safety has been compromised by a lack of PPE,” he said.

The national medical stockpile had about 21.5 million masks at the beginning of the pandemic, including 12 million P2 and N95 masks and 9 million surgical masks, after 3.5 million P2 masks were distributed during the bushfires.

Ms Edwards said the federal health department had “dramatically expanded” efforts to secure PPE, including for the stockpile, in recent months – including “procuring those additional items, some of which are arriving and some of which are scheduled to arrive”.

“What we’ve been doing is trying to ensure appropriate supply of that over the next six plus months,” she said.

Labor’s health spokesman Chris Bowen said it was concerning that no gowns, shields, or goggles were in the national stockpile before this crisis “and that the small number of masks that were in the stockpile would not have been sufficient for many scenarios contemplated”.

“We should reflect on whether the government could have been better prepared and what they must do to safeguard Australia for future pandemics,” Mr Bowen said.

“Not one health worker should be risking their own life during COVID-19 due to a lack of PPE.”

A study by Edith Cowan University published on Friday found that almost 70 per cent of more than 350 doctors, nurses and paramedics surveyed had been asked to ration their use of PPE, with four out of five were concerned about exposing family members to the virus.