Race-by-race tips and preview for Tamworth on Sunday

admin April 25, 2020 Sport Comments Off on Race-by-race tips and preview for Tamworth on Sunday 37 Views 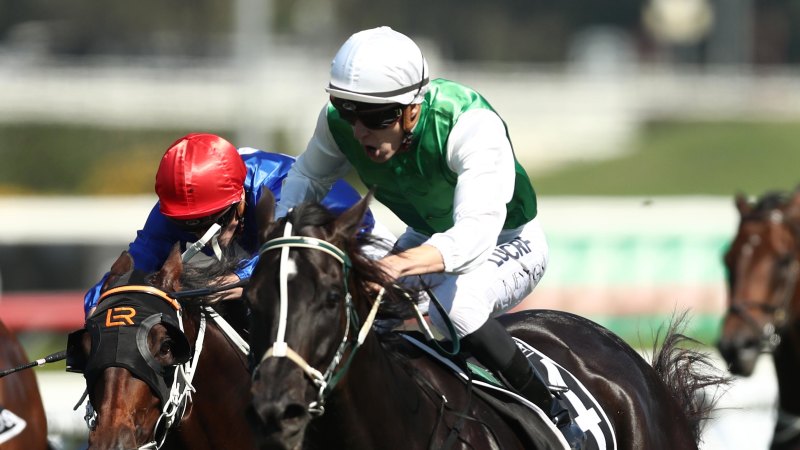 1. Alpine Racer has been on the sidelines for 10 months but thought the four-year-old trialled exceptionally well at Coffs Harbour recently. Went down fighting on a heavy track at Grafton on debut and has the speed to overcome the wide draw.
Dangers: 6. Danebrook kept finding the line behind Matthew Smith’s handy filly For Love on debut. This is a drop down in class from that. 7. Danza In The Dark had no luck on debut at Scone when rattling home into second. Big watch on first-starter 15. Entreat.
How to play it: Alpine Racer to win.
Odds and Evens: Split.

12. Tombolo is a lightly-raced five-year-old with Rod Northam but she’s loaded with talent. Boasts a close up second to Duchess Of Lennox and won her maiden this track and trip. Won recent Scone trial by a widening seven lengths.
Dangers: 5. Frozen In Time is the runner they’ll all have to catch. She is hard fit and, although creeping up in the weights, looks set to find the front which is key to her chances. 1. Typhoon Bonny and 2. Dame Kiri are the class runners but are anchored by huge weights.
How to play it: Tombolo to win.
Odds and Evens: Split.

6. Sniperess was expected to win at Ballina last start when sent around at $1.14 but the filly won well, appreciating the 1400m. Prior to that she ran home into second behind smart stablemate Ready To Humble. Flying for new stable.
Dangers: 2. Jahbath is working towards another win. Had no luck two back before running fourth at Scone in a leader-dominated race. 9. Yawkyawk looks the leader here and warrants respect.
How to play it: Sniperess to win.
Odds and Evens: Evens.

4. Hand It In can improve sharply out in trip and having won third up in his past two preparations. The six-year-old was horribly outpaced over 1400m in two runs back. He was a dominant winner this track and trip back in December and Sam Clenton has ridden him twice for two wins.
How to play it: Hand It In to win.
Dangers: 8. But I Know is ticking over nicely for this out to 2100m with four runs under her belt. 5.
San Francisco is a big hope but very well found being a last start winner. 6. High Power can bounce
back and while 3. Torrens had excuses last start first-up here off a 10-week break he has to be
vulnerable.
Odds and Evens: Evens.

5. McCormack is flying this time in for Tracey Bartley. The four-year-old won at Warwick Farm first-up and backed that up with a second at Kembla before being posted wide in the Provincial Championships Final.
Dangers: 1. Articus didn’t get a lot of room in the Muswellbrook Cup first up. His record suggests
he’ll improve from that and maps nicely. 2. Bobbing was too bad to be true last start but will be spotting his rivals a huge start.
How to play it: McCormack.
Odds and Evens: Odds.

Could pay to forgive 13. All Hollywood after she pulled up with muscle soreness at Muswellbrook last start as a well backed favourite. Was very good at Scone prior and being only six starts into her career, still has upside.
Dangers: 16. Too Hard To Call is a consistent mare and wasn’t far away in a Highway Handicap the
last time we saw her. 5. Hard Merchandise needs to starts turning the seconds into firsts but is well
placed here. 7. Fourth Protocol next best.
How to play it: All Hollywood to win.
Odds and Evens: Split.