Breaking News
Home / Federal Politics / The schools debate is a bonfire of pre-existing passions. Children are poorly served by it

The schools debate is a bonfire of pre-existing passions. Children are poorly served by it

admin April 25, 2020 Federal Politics Comments Off on The schools debate is a bonfire of pre-existing passions. Children are poorly served by it 31 Views 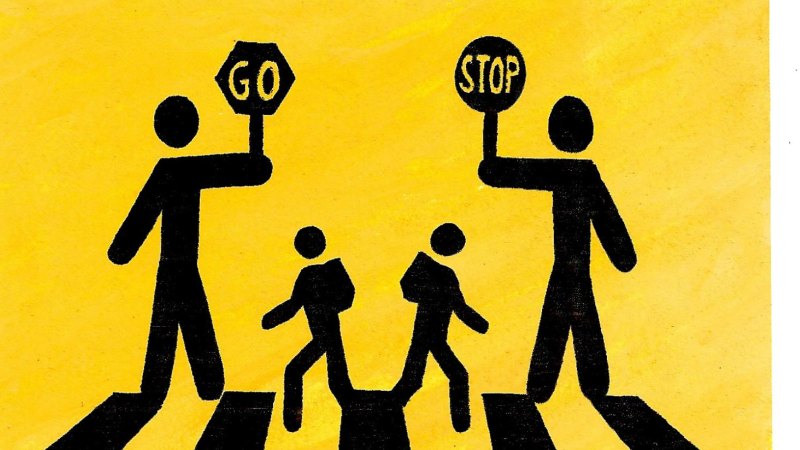 You do have to admire the gumption of a federal government that has (like so many before it) failed to properly fund public education, and ensure equal outcomes for Australian children, now directing teachers to get back into schools for the greater good.

Peter Goss, the school education program director at the Grattan Institute, says the rhetoric from the Commonwealth government under Prime Minister Scott Morrison and his Education Minister, Dan Tehan, has been “much more about supporting non-government schools” . Goss says Morrison and Tehan bowed to pressure from Catholic schools in 2018 and established a special funding deal for them, and then let states water down their contributions to public schools when they signed the national school reform agreement.

“We are not on track as a nation to meet our promise to fund all schools according to need.”

And yet it is some of those same governments – state and federal – that now voice their concern over the plight of disadvantaged kids in the lockdown, the kids whose education may be irreparably damaged by the break in schooling. But, like warring parents scoring points off each other, none of this actually helps the children.

It doesn’t matter who is making the point and the agenda behind their making it: it is undeniably true that children need to get back to school, and the most disadvantaged kids need it the most.

That’s without the sternum-kick of a pandemic thrown in.

“We know that online learning is typically less effective than face-to-face learning,” Goss says. “We strongly suspect this disruption will hurt disadvantaged kids more than advantaged kids, which means that gap will widen even more quickly than it normally would.”

Older school students, in particular, will graduate into an economy hobbled by the pandemic. They will need every educational advantage they can wring from the system to survive. The tax system is already skewed in favour of the old and asset-rich – we owe it to children and young people to use what taxes we spare for them in setting them up with the best possible education.

At a macro-economic level, improving educational outcomes is one of the best ways to lift national productivity, which will be our best route out of the economic drop-pit we have fallen down.

What are the risks? Teachers, particularly older ones, are understandably fretful about being exposed to the virus if they are directed to return to work. Many believe they are being treated as expendable.

The Prime Minister said on Friday that the medical advice is that the usual physical distancing requirements applicable to the rest of us do not apply in classrooms, so low is the risk among children.

On all available evidence, children do not seem to be major spreaders of this virus. This is difficult to accept because it is so counter-intuitive. Anyone who has been within sneezing distance of a child will know they are super-spreaders of every other nasty in the known universe, from nits to the flu. But that is the science, as we know it, and as has been pointed out by others, we can’t insist the government act on the science on climate change, but ignore it during a global pandemic.

The fact that children do not seem to be badly affected by the virus, or to play a major role in the transmission of it, is an enormous godsend. It is one of the best silver linings to come out of this horror show, and it is a strength we can use to get society running again.

There is no society without schools, and if we can exploit the one weakness this virus seems to have, then we must.

We should do so while taking all possible precautions to ensure teachers’ health, and allowing exemptions for older and physically vulnerable teachers.

Educators have an enormous amount of public and parental support, as they should – their job is noble, difficult and poorly paid.

But public sympathy for them will wane if there is resistance to the wide resumption of schooling, even as we continue to see infection rates drop, and parents become increasingly stressed out by home-schooling.

Previous Culture shock, COVID-19 and cancer: Socceroo’s Korean whirlwind
Next There’s a silver lining for fathers in the COVID crisis