‘I’m not sure everyone would cope’: AFL seeks approval for hub plan

admin April 26, 2020 Latest News Comments Off on ‘I’m not sure everyone would cope’: AFL seeks approval for hub plan 30 Views 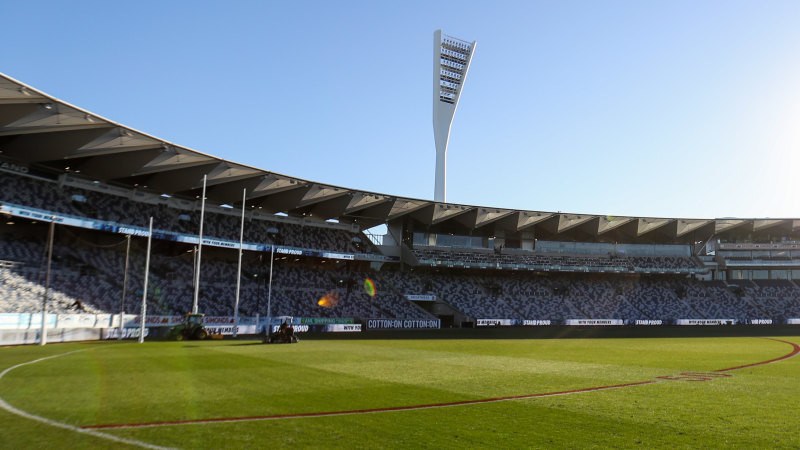 Although the 24-year-old recruit is comfortable about moving into hubs to resume the season he said setting them up properly was likely to be complicated.

“It’s going to be hard for players and staff to go from the current climate we are in now where you are so isolated to all of a sudden [being] super intense and being isolated almost again in a hub,” Langdon said.

“I look at the mental side of it there and I am not sure everyone would cope well with that.”

AFLPA vice-president Rory Sloane told Fox Footy on Saturday that the view among players in relation to hubs would vary widely depending on their circumstances and outlook although he emphasised that all were keen to play football.

The 30-year-old said football wasn’t the only consideration for many players and officials.

“We have a really young family here in Adelaide. Belinda and I have no family here [in Adelaide] so to pack up and leave her one out [with infant son Sonny] for six to eight weeks would be incredibly tough,” Sloane said.

“I would certainly look at taking them both with me depending on where the hub was at.”

However Sloane said that wasn’t as easy as it might sound either as it was difficult for him to argue his job was more important than her job if he asked her to pack up and join him.

Although the details remain fluid around hubs the AFL wants, ideally, an Olympic-style village to operate where people inside the hub are tested regularly for COVID-19.

“Physically everyone is ready to go, we have all had a big pre-season and everyone would be training hard now so it is definitely more the mental side of it and how you would deal with that. I imagine that will be the biggest challenge coming back.”

Previous ‘That could have been any of us’: Police rally round in wake of freeway tragedy
Next Workers urged to download app to kick-start post-COVID-19 economy