‘Saint Jacinda’ Ardern’s lockdown has not silenced her critics 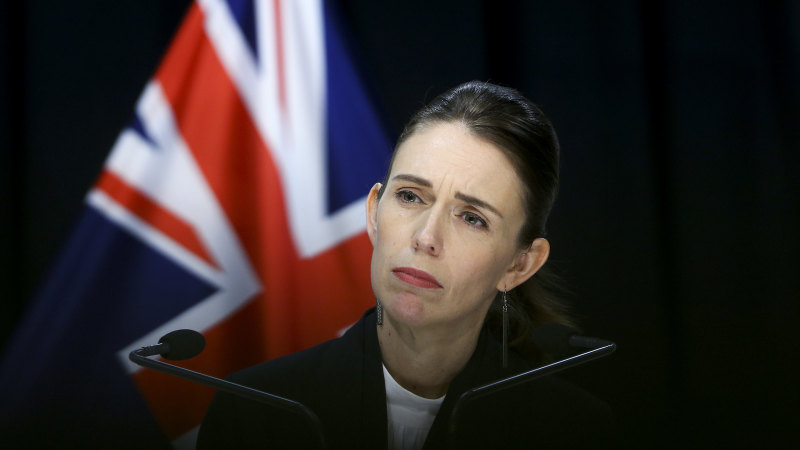 Yet back in the living rooms of New Zealanders – harsh lockdown laws mean that most people are rarely to be found elsewhere – all is not viewed so rosily.

Last Monday the government released a damning report into its own contact tracing efforts.

Meanwhile, job losses continued to mount with iconic tourism attractions shuttering, alongside some of the country’s best-loved magazine titles. The only shops open are supermarkets, for which there are often Soviet-style queues. Petrol stations are also open, but in New Zealand’s police state, roadblocks mean few litres are required.

Estimates of eventual unemployment vary wildly – between 8 per cent and 30 per cent – with few predictions at the lower end of the scale. ANZ this week estimated a 15 per cent drop in house prices. Tourism, some 10 per cent of the economy, is dead with agriculture left as New Zealand’s sole export breadwinner.

Ardern may be very popular – a poll last week showed 87 per cent of people supported the government’s COVID-19 response – but she remains a real, fallible person. She leads a real country that is now facing fearsome economic challenges, despite its apparent victory over the first wave of the pandemic.

David Farrar, the opposition National Party’s pollster says that Ardern’s popularity bump is similar to that of every incumbent government around the world, regardless of how well they have responded to the crisis.

“People are going to take the public health response and say ‘good job’, but that doesn’t necessarily get you credit for the next side of the response which is the economic stuff,” Farrar says.

The government will be hoping support survives until September 19, when voters will deliver their verdict on Ardern’s first term.

Ardern has essentially bet the farm on being able to eliminate the virus more or less entirely, which – combined with strict quarantine measures – would allow New Zealand’s domestic economy to return quickly so some degree of normality, tourism excepted.

But as Singapore has shown, keeping the virus out can be more difficult than getting rid of it in the first place.

ANZ New Zealand chief economist Sharon Zollner says the key for the elimination strategy will be giving firms the confidence to invest knowing that the country is likely to remain relatively open, once it loosens its restrictions.

“There is an enormous risk that they will oscillate in and out of various levels of lockdown and you just need to look at the damage done by these lockdowns to know that you really only want to do this once,” Zollner said.

Ardern, who has described her response as “go hard, go early”, unveiled the four-step alert system to manage the response in late March. The scheme functioned like a terrorism or fire-threat scheme, with higher alert levels corresponding to stricter measures. In return, the government provided a 12-week wage subsidy for affected businesses in the country.

Within a week, New Zealand moved to alert level four, the strictest level of restrictions. Schools, shops, construction – almost everything apart from supermarkets and pharmacies – were forced to shut down.

Yet public support for the harsh measures remained high as the number of new daily cases shot up from a handful in late March, to frightening 89 on April 2.

New Zealand is a small country and business, unions, health experts – and the public – all seemed to agree on the lockdown. But as the number of new cases dropped, cracks have appeared in support for the government’s “Unite against COVID-19” campaign.

The criticism fell into two camps. A group of academics launched a PR campaign called “plan B” arguing the measures were too strict and risked creating more problems than they solved by cratering the economy, leading to unemployment, destitution and mental health problems.

“We don’t want to squash a flea with a sledgehammer and bring the house down,” says Auckland University epidemiologist Dr Simon Thornley, a member of the group.

“Lockdown was appropriate when there was so little data…but the data is now clear, this is not the disaster we feared and prepared for. Elimination of this virus is likely not achievable and is not necessary,” Thornley says.

Others, while supportive of the restrictions, have criticised New Zealand’s general health preparedness, highlighting the country’s extremely low intensive care capacity. The number of ICU beds per 100,000 people was 5.14 in New Zealand, compared to 8.92 in Australia and 12.5 in Italy.

The low ICU capacity perhaps bolstered the government’s case for swift action, lest the nation’s hospitals be overrun.

Yet because of this, New Zealand’s entire public health system has come under fire. The system is highly devolved, with power largely ceded to 20 elected District Health Boards.

As the crisis wore on, these health districts – and the government – copped flak for not knowing how many ventilators they had and mismanaging the distribution of crucial PPE to frontline health workers, among other problems.

The problem became so acute, the Auditor-General was hauled in to investigate.

And that was before the largely invisible Health Minister David Clark was demoted by Ardern after admitting he took his family to the beach during the lockdown.

Then on Monday the government quietly released a report slamming its early contact tracing efforts. The report found a system so threadbare that it became overloaded by fewer than 100 daily cases in the early days of the pandemic. “The timeliness of the process was poor,” the report said, detailing a two-day average lag between a positive COVID-19 test and contacts being told to self-isolate.

Politically, none of this is helped by the fact that Australia seems to have tackled COVID-19 just as well as New Zealand without closing down every Bunnings, McDonald’s drive-through and takeaway coffee cart in the country.

Even at the slightly more relaxed level three lockdown – which will start on Tuesday – hairdressers will still be closed as will normal shopping. Businesses can open, but transactions must be contactless, this means online ordering and pick up or deliveries. The cash will be a lifeline for some small businesses, but for many it will be too little, too late.