‘Big numbers’: Victoria to test 100,000 for virus in next fortnight 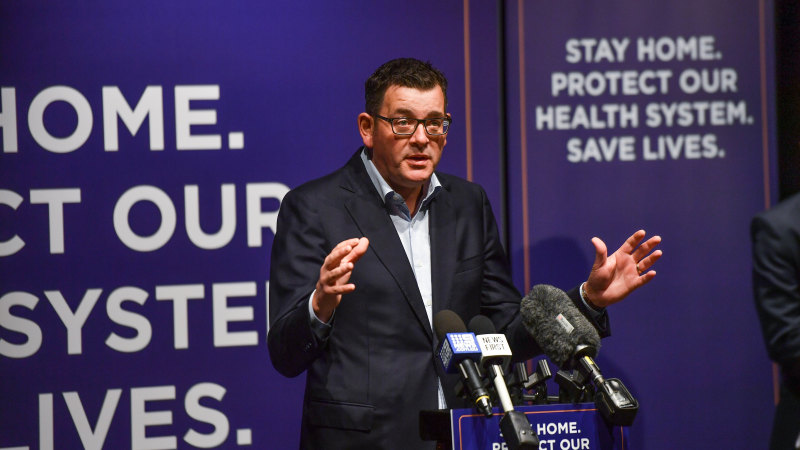 “This is about absolutely making sure that there’s not something going on out there that we’re not aware of.”

New testing sites will be opened around the state, with pop-up and drive-through testing clinics to be added to the 43 sites already providing diagnoses and mobile nurses to visit the homes of people who cannot get out to be tested.

Victoria’s Chief Health Officer Brett Sutton says the massive effort will give him a more accurate picture of how much of the virus is present in the community before he gives the go-ahead for stage-three restrictions to be eased or for children to return to their classrooms.

But the state opposition does not want to wait for mass testing result data before sending children back to their schools, with Liberal leader Michael O’Brien saying on Monday that “clear and consistent” infection numbers were already available.

The government wants anyone experiencing any coronavirus symptoms, including fever, breathing difficulties, breathlessness, cough, sore throat, fatigue or tiredness, to get tested no matter how mild the symptoms.

Twenty-three people are in hospital with coronavirus, with 11 of them in intensive care. There have been 17 deaths from the virus, 1280 people have recovered and about 104,000 people have been tested.

Professor Sutton said on Monday that he was open to changing his advice on schools and other social-distancing measures, opening up the hope that children could be back in their classes before the end of term two, if he could have confidence that the rate of transmission of the virus was low.

“If we can get to 100,000 tests in the next two weeks, it will mean that there’ll be no surprises, we’ll have a very good picture of the transmission that might be occurring in the state, where it’s occurring, in which populations is occurring,” Professor Sutton said.

“That means that decisions around lifting restrictions can be made with the best evidence available.”

Victoria by the numbers

Workers in some of the industries that are still operating, including construction, healthcare, aged care, construction, food retail and agriculture, will be targeted for early testing but taking a swab will not be compulsory for workers in those sectors.

The Premier urged Victorians to “stay the course” in complying with the current restrictions, arguing that the strategy was working in containing the spread of the virus, and not give up the “hard-won” gains that had already been achieved.

He defended his government’s decision not to follow Queensland and Western Australia’s initial moves to relax restrictions, saying that the national cabinet had agreed that states should be free to vary their approaches to the pandemic and that a national “lowest common denominator approach” was not the best way to tackle the virus.

“Premiers and first ministers will make decisions that they think are in the best interest of their local communities,” Mr Andrews said.

But Mr O’Brien said he and his party wanted Victorian school children back in class.

“The numbers have been consistent and clear,” the Liberal leader said.

“Just as other states are moving to have more face-to face learning, Victoria needs to do the same.

“There are too many kids who are missing out on the education they need.”