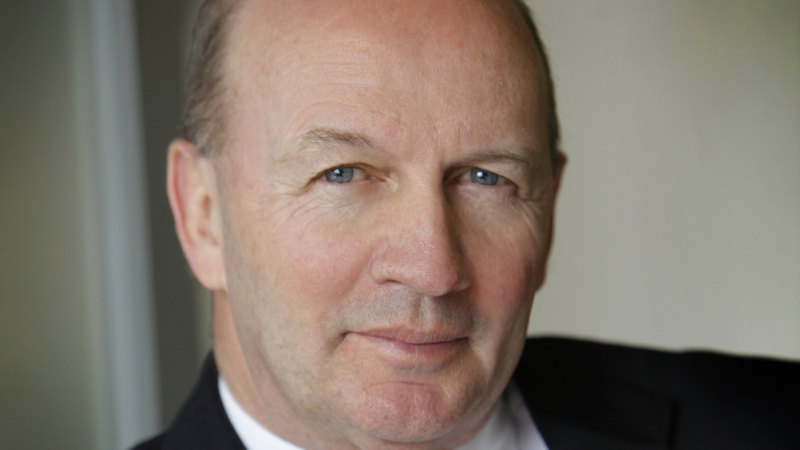 McLean on Monday reached out to Anderson to apologise and briefly discuss the process the RA board is putting in place to find the right person to replace Castle.

“Paul and I spoke this afternoon and I was able to update him on the plans we are putting in place,” McLean said. “I apologised for inadvertently missing his message last Friday and we had a good conversation.”

Neither McLean nor RA would comment on the Herald‘s report that revealed Optus would not be ready to resume negotiation for next year’s broadcast rights for another 12 months.

A RA spokesperson said the governing body would not comment on the Optus negotiation until it had been told directly by the telco that discussions would have to be delayed.

At this stage, RA says there has been no communication from the telco that negotiations will have to be put on hold beyond the initial six month delay.

Optus was just days away from making an offer for the next five years of Wallabies, Super Rugby and club competition content before the coronavirus pandemic changed both the rugby landscape and Optus’ bottom line dramatically.

Negotiations had initially been put on hold for six months but if the telco is not able to enter discussions for an additional six months, rugby could be left without a broadcaster for its content in 2021.

It could also go back to Foxtel and ask for a one-year extension on the current contract, which expires at the end of the year.

The broadcast deal RA will eventually negotiate may, however, be for drastically different content if movement across the Tasman is anything to go by.

New Zealand Rugby has announced a review into the current Super Rugby model after McLean revealed both Australia and New Zealand had conceded South Africa and Argentina could not take part in any competition this year due to travel restrictions in the near future.

“NZR is committed to SANZAAR and our broadcast agreement with Sky TV for the next five years. The review is about ensuring our Super Rugby remains relevant, sustainable and our fans are entertained and engaged,” NZR chief executive Mark Robinson said via statement.

“The recent review of rugby highlighted areas of opportunity for Super Rugby in terms of both revenue and cost.

“We are now also factoring in the impact of COVID-19 to look at a range of scenarios for the clubs and competition to keep the Super Rugby legacy strong and fit for purpose.”

The Matildas, meanwhile, will receive just over $2 million – half of which they banked …