admin April 27, 2020 Business Comments Off on ‘Might not make it to retirement:’ Costello backs early access to super 65 Views 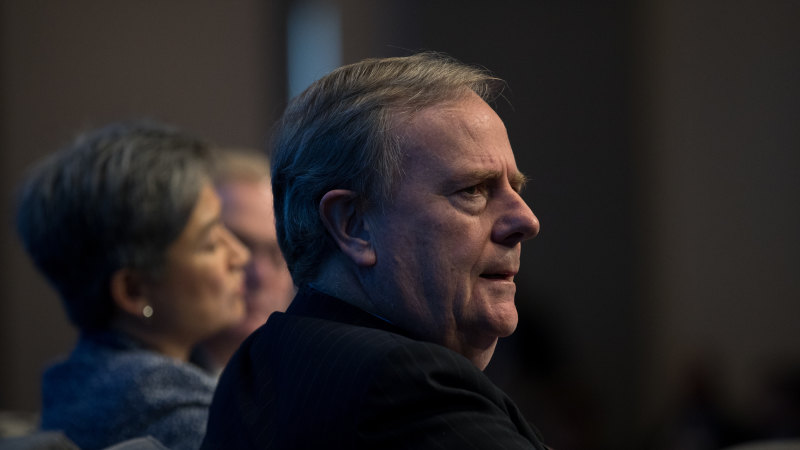 People who have lost work as a result of the coronavirus crisis are now able to apply for two instalments of $10,000 from their superannuation. Modelling by the sector found pulling out cash amid the market downturn, combined with losses from compounding interest, means a maximum withdrawal today could result in up to $70,000 being wiped off an individual’s savings by the time they retire.

However, Mr Costello said giving people early access to their retirement savings offered a critical lifeline to those who have had their jobs disappear because of the pandemic.

“It’s no consolation to say keep the money in there, you’ll have more in 40 years time. You might not make it to retirement if you can’t get yourself through this enormous dislocation.”

“You’ve got to always remember the money in those funds is not owned by the funds, it’s owned by the person. If they have a need, a real need for it now, then I think they have every right to access it,” he said.

Latest figures show the sovereign wealth fund had 9.6 per cent of its assets, or $15.6 billion, in cash, but Mr Costello on Monday dismissed any suggestion of the Future Fund stepping in.

The former treasurer also said while the sovereign wealth fund could participate in NAB’s latest $3.5 billion capital raising, it was not interested in buying into struggling airline Virgin, which fell into voluntary administration last week

“The Future Fund can’t own a public company under its statute. It can only take minority positions in companies, that’s been pretty clear from the outset,” Mr Costello said of Virgin. “We’re not here to run companies.”

The Future Fund released its quarterly performance update on Monday, reporting a 3.4 per cent decline in returns and a $5.7 billion slide in assets under management as a result of the extreme market volatility and wider economic turmoil caused by the coronavirus shutdown.

Mr Costello said that the $160 billion Future Fund was a “considerable” asset to the government at a time when the budget was $600 billion in debt due to stimulus measures relating to the pandemic.

“Without that, the Commonwealth balance sheet would be weaker and I think the credit rating agencies would be looking much more carefully at Australia,” he said.

Labor financial services spokesman Stephen Jones said the Future Fund and the superannuation industry had a “critical role to play in the recovery”, including making demand for capital raisings are met.

“Then going into the longer term, it’s about ensuring a pipeline of economic infrastructure is available for the Future Fund and the rest of the sector to invest in.”