admin April 27, 2020 Latest News Comments Off on NAB reveals painful new normal as it rips off the dividend bandaid 28 Views 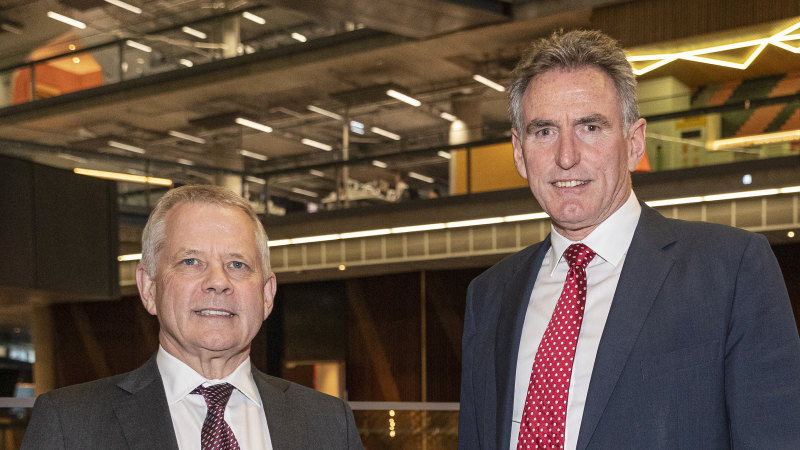 NAB’s $807 million credit provision to account for COVID-19 may prove insufficient but McEwan admitted that despite testing myriad scenarios, the pandemic’s impact on the bank’s level of impaired loans involves too many unknowns to be anything like scientific. It can only make an educated guess about when social distancing rules will be lightened and then lifted.

And even though the bank knows the losses being experienced by its borrowers, identifying when the economy will emerge from the quagmire is guesswork. Thus the extent of the ultimate damage to the bank’s loan book and its profits will need to be constantly recalibrated.

Despite these unknowns, NAB has become the first bank to rip-off the dividend bandaid – slashing payments by 64 per cent. Had the bank not raised money it would not have been able to declare even its token dividend. There will be plenty of debate as to whether any dividend should be paid but as McEwan says it’s a balancing act.

Banks have been on the nose with the public for several years and have only recently experienced some image redemption thanks to their quick and comprehensive COVID-19 crisis assistance packages.

When the Australian Prudential Regulation Authority (APRA) came out a few weeks ago and strongly recommended deferral of bank dividends there was an expectation the banks would use the missive as an opportunity to pay nothing or defer the half-year dividend. The day of APRA’s announcement bank share prices fell almost exactly by the amount of the expected dividend.

Since that time the pressure placed on bank boards to provide even a small dividend has been intense, particularly from groups representing retirees who depend on bank dividends for a chunk of their income. Even Reserve Bank governor Philip Lowe last week declared the banks were strong enough to pay dividends.

Many other companies that have been severely impacted by COVID-19 or whose future profits were uncertain have chosen the more prudent path to defer or eliminate dividends for the short to medium term.

NAB was considered the most likely to defer this payment given its capital position was the weakest from its peer group. But its decision to actually pay a dividend has set the bar (albeit a low one) for the others.

It is now far more likely that Westpac and ANZ will deliver a token dividend when they report their interim earnings over the next week. (Commonwealth Bank, which reports on a different financial calendar, paid $3.5 billion in dividends to shareholders for the first half, and will not need to make a decision on its dividend until its full-year results, to be delivered in August.)

“We looked at a number of scenarios across not paying a dividend, paying a full dividend (and) what capital we would have to raise if any. We could have muddled through here I suspect and not raised capital but I think it wouldn’t have been serving the shareholders long term or enabling us to support customers,” McEwan told The Sydney Morning Herald and The Age.

Ultimately if no dividend was paid the issue would have needed to be pitched at a bigger discount.

Whether other banks follow NAB’s equity raise lead is a separate issue. At this point the Commonwealth Bank which has a stronger capital position is considered unlikely to raise. There has been speculation that Westpac may seek fresh capital but this is unlikely given it went to the market in December last year for $2.5 billion.

Analysts are not anticipating ANZ will move to raise capital in the near future.

Previous ‘A new wave of death and disease’: Johnson returns to work with stark warning for British public
Next Victorians brace for snow as temperatures drop