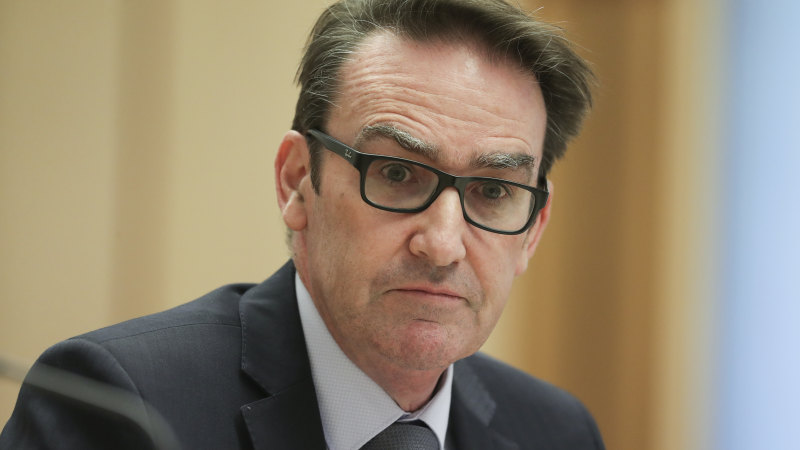 He said it had been a rapid period of policy development, noting issues might arise as they were put into operation.

“The policies have to be continually looked at and refined. They are by no means perfect,” he said. “They involve trade-offs against the administration of the arrangement and the speed at which they need to hit the ground.”

The Treasury plans to review the policies and their implementation within three months, around the time it expects unemployment to peak at 10 per cent.

Dr Kennedy said while Australia’s jobless rate got higher during the 1930s Great Depression, it took several years. The current shock was of an unprecedented “speed, magnitude and shape”.

At the end of the pandemic and the measures taken to stop it, Dr Kennedy cautioned the economy would be different for many people.

“Over time, the uncertainty around the progression of the virus will diminish and more economic activity will return,” he said. “But new challenges will have emerged. Some jobs and businesses will have been lost permanently.”

Westpac gave some indication of that change, revealing it expected a $1.6 billion hit to its bottom line as the virus cut economic growth, drove up unemployment, reduced investment levels and contributed to a fall in residential and commercial property prices.

“It is however unfortunate that some customers will not be able to navigate the financial and
economic changes of this crisis and may not re-open,” he said.

Ratings agency Fitch estimates Australian gross domestic product could be cut by 5 percentage points this year alone before rebounding by 4.8 per cent in 2021. Much of that depends on how quickly countries unwind their social distancing restrictions.

Treasury officials conceded there was likely to be an impact on Australia’s immigration intake due to the pandemic but said it was too early to determine.

Figures from the Australian Bureau of Statistics released on Tuesday highlighted the importance of migration to the overall economy.

Previous Mentone Grammar sacks 20 staff as virus hits finances
Next Real Footy podcast: ‘I sort of blank it out the best I can’