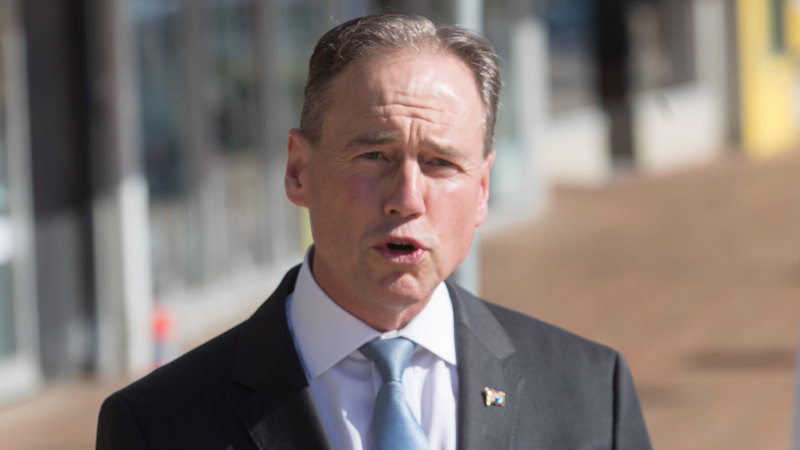 Mr Hunt issued an order under the emergency powers granted to him by the Biosecurity Act on Sunday that made it an offence for anyone other than a state health department official to access data collected by the app.

The COVIDSafe app, which has already been downloaded more than 2.44 million times, collects data that can identify when users have been within 1.5 metres of other users for more than 15 minutes. It requires a person’s name, mobile number, age range and postcode.

The government says it will make Australians safer by hastening state health departments’ coronavirus contact-tracing efforts, while some security experts and academics have raised fears intelligence agencies could access data collected by the app under a controversial telecommunications law passed in 2018.

Senator Lambie echoed those concerns on Tuesday, saying she had not downloaded the app because she believed the data collected could later be passed through several government agencies.

“How much more information do we have to give out to these IT systems?” Senator Lambie said. The government had in the past said data “was there for one thing and it’s been used for other information along the way, been passed out to other agencies”.

Mr Porter insisted the US CLOUD Act would not get through COVIDSafe’s data security measures.

“It is a misunderstanding to suggest any overseas laws would diminish the triple-lock protection of the COVIDSafe app,” he said. “The declaration under the Biosecurity Act specifically says a person must not disclose the data to a person outside Australia.”

Mr Hunt also noted it was an offence to send text messages scaring Australians into sharing personal information by pretending to be a government official, after images circulated on social media of a text message that appeared to come from the federal government.

The Australian Federal Police confirmed it was aware of “an alleged hoax involving the COVIDSafe app and is currently investigating the matter”.

Why are franking credits declared as income?

I think there may be some miscommunication. A Westpac spokesperson assures me that borrowers are …