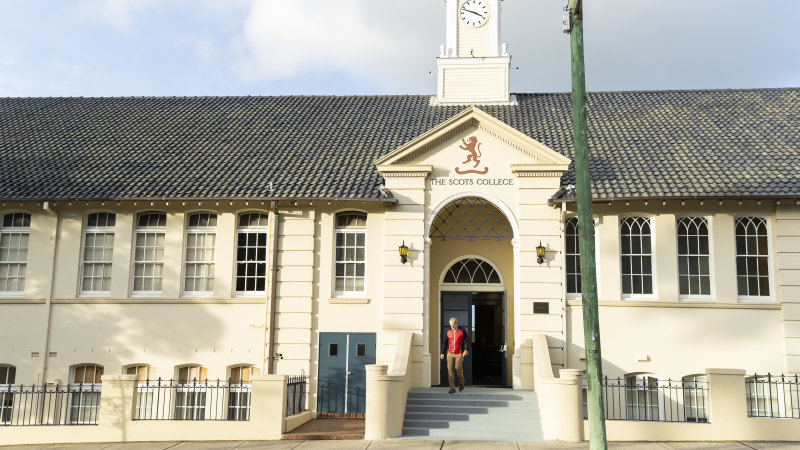 St Catherine’s School plans a return to full-time face-to-face learning from the beginning of June, while Presbyterian Ladies College wants everyone back from May 25. Barker College will invite all its students back from May 11.

There is already pressure on NSW public schools to follow private schools and send year 12 back full-time from May 11.

While the Victorian and Queensland governments hold out against calls to quicken the return to classrooms, federal Education Minister Dan Tehan insisted that the country’s peak expert group believed that schools were safe.

“What we want to do is incentivise all schools across the nation to meet our goal of being open and teaching students in the classroom by the end of May,” said Education Minister Mr Tehan said.

The first advance will be worth 12.5 per cent of next year’s funding and will be paid in late May to schools that can show their boards have approved plans in place to resume classes by June 1.

The second advance will be worth another 12.5 per cent and will be paid in early June to those schools that can show they have at least half their students in normal classes from June 1.

Independent and Catholic schools that already offer classroom teaching will qualify for the advances, with the government seeking responses by this Friday to calculate the first payments.

NSW students are due to return to class from May 11 in a staged process that has angered the NSW Teachers’ Federation, which wants to prioritise Year 12 students at public schools to prevent them falling behind their peers in private schools.

“That will be based on how things go, but we’re hopeful that students will be getting full-time face-to-face teaching during and definitely by the end of term 2,” she said.

Independent Education Union research officer Adele Schmidt warned on Tuesday that schools should not reopen until teachers and students had reliable safeguards, but Mr Tehan denied pursuing an ideological agenda.

“The commonwealth government’s position has been clear right throughout this pandemic – that we would follow the advice of the medical expert panel,” Mr Tehan said.

“That advice has been clear right throughout this pandemic – that it’s safe for students to be at school and it’s safe for teachers to be teaching in the classroom with the right protocols in place.”

Australia has 1756 Catholic schools and 1088 independent schools. The federal government has allocated $21.8 billion to school funding this year, with $13.1 billion going to private schools and the remainder to state public schools.

The commonwealth will this year spend $2.2 billion on Catholic schools and $1.8 billion on independent schools across NSW.

If all private schools qualified in all states and territories, the Morrison government would have to bring forward $3.25 billion, deepening the budget deficit in this financial year.

On Tuesday independent school Hunter Valley Grammar opened its doors to anyone who wanted to attend, and 80 per cent of its student population responded.

“The parents are beating horns and waving, the kids are coming with big smiles,” said Principal Paul Teys. “They couldn’t be happier about being back, there’s a real buoyancy in the school today. It’s been too long.”