admin April 28, 2020 World News Comments Off on ‘Why we are willing to be infected with coronavirus to save more lives’ 18 Views 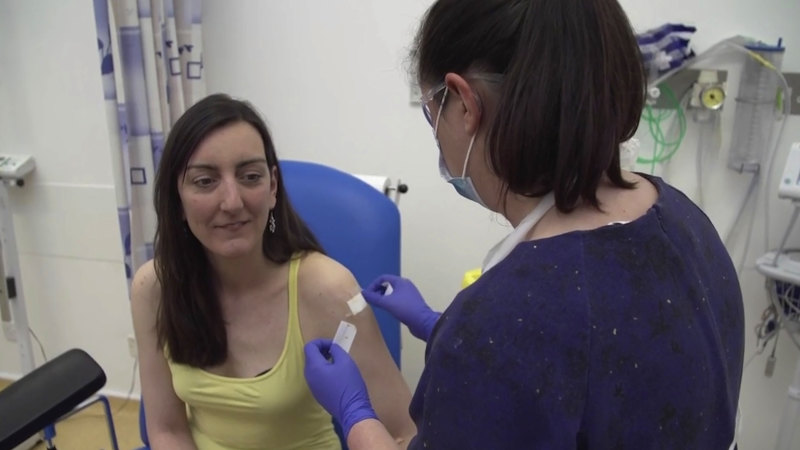 The first-ever vaccine, for smallpox, was born out of Edward Jenner’s intentional exposure of 8-year-old James Phipps to smallpox in 1796, an experiment that paved the way for the elimination of the disease but would be considered wildly unethical today. With greater ethical oversight, however, challenge tests have been accepted for use in testing treatments or vaccines for influenza, malaria, cholera, typhoid and dengue fever.

Contemporary biomedical-ethics frameworks – including those embraced by the World Health Organisation and U.S. federal research institutions – are highly sceptical of the use of challenge trials in contexts like that surrounding the coronavirus.

But the coronavirus pandemic has reopened the debate: Rutgers philosopher Nir Eyal, Harvard epidemiologist Marc Lipsitch and London School of Hygiene and Tropical Medicine epidemiologist Peter G. Smith recently argued in the Journal of Infectious Diseases that challenge trials could be appropriate in pursuit of a coronavirus vaccine, under certain carefully controlled conditions.

For example, they suggested minimising risk by limiting trial participants to the ages of 20 to 45 – a group unlikely to get seriously ill or die, if infected (we are 34 years old and 22 years old, respectively) – and recruiting volunteers from areas where the likelihood of accidental infection is very high anyway. Trial participants would also get priority in the allocation of medical care, they said.

But if – to use some rough but plausible numbers – one-sixth of the world’s population is infected each year, and a vaccine could prevent 0.5 percent of those infected from dying, one month’s faster vaccine deployment would represent close to a half-million lives saved. Speeding up the process by a single day could save nearly 20,000 people.

Some bio-ethicists worry that volunteers from disadvantaged populations may be unduly influenced by financial compensation to participate in a coronavirus vaccine challenge trial. And they ask: How can test subjects give genuine consent to undertake the risk of infection when so much is unknown about how the coronavirus works?

Still, to some commentators – and to us – the logic of challenge trials is unassailable. “I think it is slightly odd that the medical ethics community treats ‘is it acceptable for an adult human being to voluntarily put her life on the line to help people during a crisis’ as a hard question, when it’s the entire basis of fire departments and many other things,” tweeted the Vox writer Matthew Yglesias.

But when he went on to compare volunteering to signing up for the Army, the Columbia University virologist Angela Rasmussen fired back: “Volunteering for a human challenge trial isn’t joining the military without knowing that a war will happen. It’s like volunteering to test a new experimental kind of body armor by getting shot at.”

We take the concerns of medical professionals seriously. Ethical protections are essential to ensure that challenge trials are only conducted with well-informed, healthy participants, from low-risk groups, and that they are given excellent medical care.

This will require providing adequate information about the research and its risks – and also about gaps in the knowledge about risks – and assessments to determine whether this information was sufficiently comprehended.

If such steps are taken, the individual risks are well within a range that doctors tolerate in clinical practice. An article in the Lancet Infectious Diseases journal, by Robert Verity, an epidemiologist at Imperial College London, and numerous other authors, estimated that the infection fatality rate for 20- to 29-year-olds in China was 3 in 10,000, which is the same as that of kidney donation surgery, and approximately twice the risk of childbirth in the United States. And that number includes people with “comorbidities” – such things as hypertension or chronic respiratory disease – who would not be eligible for a challenge trial.

There are important practical limitations to challenge trials. Using them to fully replace a phase three trial would be ambitious and, we think, unlikely. Challenge trials, if done as we’ve described, would be conducted in an unrepresentative population with respect to age and health status. The method of infection would also be artificial – via a nasal spray, for instance. Since a healthy young population would be exposed to the smallest infectious dose possible, challenge trials could also have a difficult time testing whether a vaccine reduces the chance an infection evolves into severe illness.

We believe a more realistic goal is using challenge trials to supplement existing phase three trials, not replace them. A challenge trial could be launched alongside phase three, and thereby give an early indication of whether a vaccine would be effective. If data looked positive, vaccine manufacturing plants could be prepared months in advance, speeding up deployment capabilities dramatically.

Some researchers say we’re wrong on the speed question. Myron Levine, a vaccine researcher at the University of Maryland School of Medicine, has argued that given how quickly COVID-19 spreads, conventional trials could move more quickly than we think – making it pointless to go in an ethically controversial direction. But some trials are underway that suggest such trials will still be of usual length. The Bacillus Calmette – Guérin (BCG) vaccine is proven for use in tuberculosis and some other diseases. Phase three studies to test its efficacy for COVID-19 are in process and expected to last seven months. Challenge tests would likely be faster.

Some people think of human challenge trials as an example of ruthless utilitarianism: Sacrifice some lives now to save more lives later. But they aren’t nearly so radical as that. We and many others are willing to take on what we see as an acceptable individual risk to serve the public and the people we care about. As willing and well-informed volunteers, whose autonomy ought to be respected, we feel challenge trials are justified if they mean a vaccine arrives even one day sooner.

Josh Morrison is a founder of 1DaySooner, an organisation recruiting volunteers for a potential challenge trial for a COVID-19 vaccine.

Sophie Rose is a founder of 1DaySooner and an incoming graduate fellow in infectious disease epidemiology at the Johns Hopkins Bloomberg School of Public Health.

Previous Eagles, Dockers to get a jump on their rivals
Next Emissions sink for first time in years as power sector pollution falls