Boom time: the council areas with the biggest surge in food delivery

admin April 29, 2020 Business Comments Off on Boom time: the council areas with the biggest surge in food delivery 243 Views 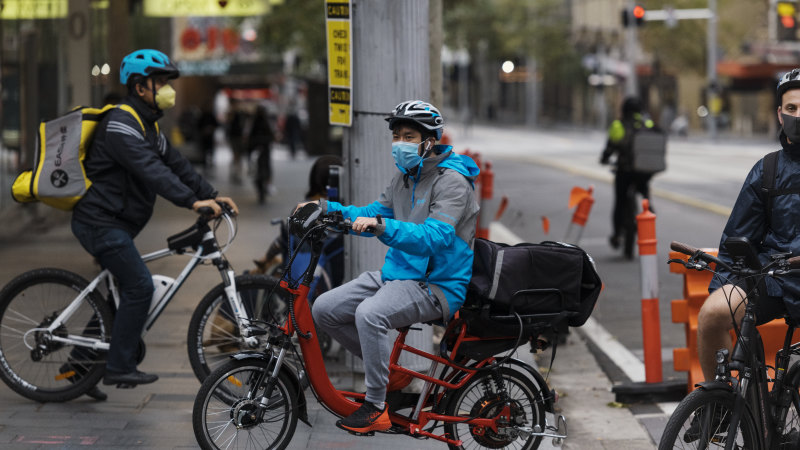 The analysis compared spending on home delivery in Sydney local government areas over the past four weeks with average spending during the previous month which were not affected by the crisis.

Economist Dr Andrew Charlton, a director of AlphaBeta, said the disruptions had accelerated a range of consumer trends including food delivery made via mobile phone apps.

“The COVID-19 crisis has caused many Australians to try delivery for the first time,” he said. “There has been a huge increase, especially in areas of the city’s west.”

Prior to the coronavirus outbreak spending on food delivery by households in the outer Sydney suburbs was relatively modest.

While the growth in spending on that service has been from a low base in the west and far north, Dr Charlton expects stronger demand for home delivery across the whole metropolitan area to continue after the pandemic.

“For many people in western Sydney food delivery was not a massive part of their routine but it has become a big thing during this crisis and it will probably be persistent,” he said.

The spike in food delivery spending has been somewhat less pronounced in some Sydney neighbourhoods where demand was comparatively strong prior to the crisis.

Spending in Waverley council area in Sydney’s east, for instance, was 29 per cent higher last month, although from a relatively high base.

Simon Bligh, the chief executive of illion, said: “Aussies may love MasterChef but there is no evidence they like cooking – food delivery by a platform is significantly up across the whole city.”

The post-pandemic surge in spending on food delivery services has been a national trend. The real-time tracker revealed food delivery was 192 per cent higher in the week of April 13-20 than the pre-pandemic norm.

It also shows that a one-off government stimulus payment of $750 distributed to pensioners and other social security recipients in the first two weeks of April has helped boost spending across the retail sector, including on takeaway food.