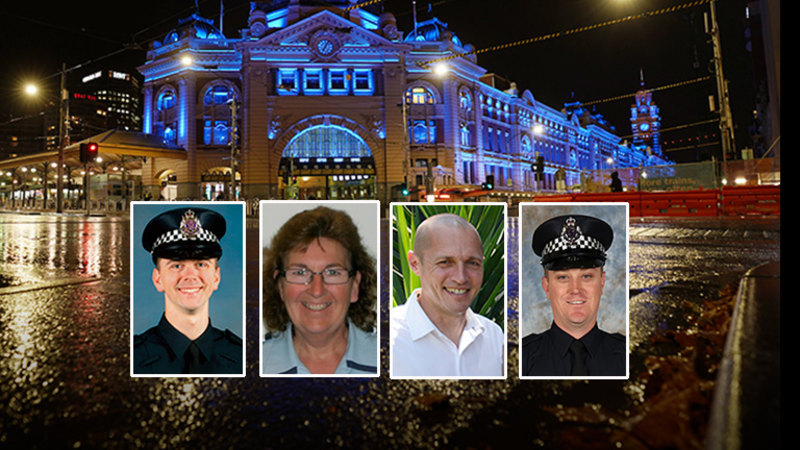 Ms Taylor’s funeral will be held on Thursday, at the Police Academy in Glen Waverley. Only 10 people will be permitted at the service due to coronavirus restrictions, but other family, friends and colleagues can watch a livestream.

One minute silence for all police officers across the state will be held after the funeral, with some officers forming a guard of honour at their workplace, standing at attention or stopping their vehicle with their headlights on.

Truck driver Mohinder Singh Bajwa was charged with four counts of culpable driving causing the deaths of the officers.

He faced court on Monday and will re-appear at court in October.

Porsche driver Richard Pusey has been charged with failing to assist at the scene of the crash, reckless conduct endangering life, speeding and failing to remain after a drug test.

Mr Pusey was allegedly driving at 149km/h while under the influence of methylamphetamine and cannabis before he was stopped by police.

Police allege he took a lift from a passer-by to flee the scene before he was arrested the next morning.

Buildings around Melbourne, including Federation Square, the National Gallery of Victoria and Flinders Street Station were lit up blue last week as a tribute to the fallen officers.