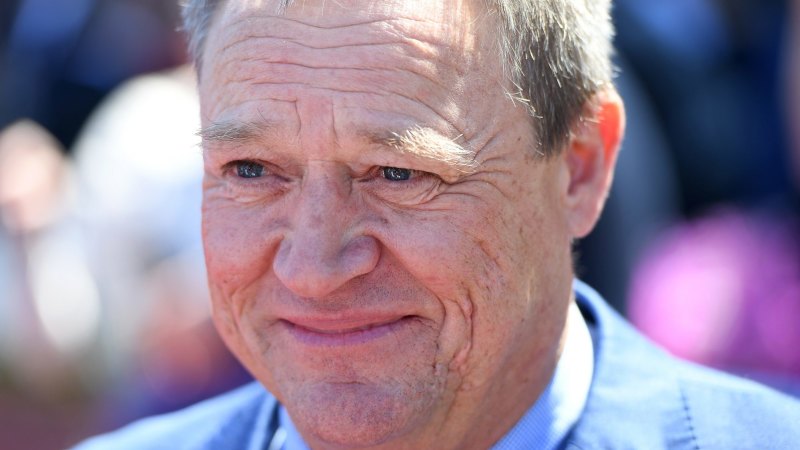 For nearly 100 years the Adelaide Cup, a 3200-metre staying test, was up there with the Sydney Cup as a lead-in to the Melbourne Cup when it was run in its traditional timeslot in May.

But in 2006 authorities decided to run it in March, thinking warmer weather would attract bigger crowds and a stronger field. That hasn’t happened.

Now, says McEvoy, they should reconsider that decision.

“It will really be nice to see Adelaide racing take centre stage this weekend,” says McEvoy.

“But I would love our carnival come all the way back to May and not have that March carnival so we could get our identity back again … we are all over the place.”

Numerous Melbourne Cup winners have also landed the Adelaide Cup – Subzero in 1992 being the last when he scored as a three-year-old before going on to glory at Flemington six months later.

McEvoy has been in the Barossa Valley since late March.

“I have been here at Angaston on the farm and we are business as usual, thank God. Everyone in the racing game has done a tremendous job, I just haven’t been able to get to Melbourne to see my horses there. We fly in and fly out normally, but we haven’t been able to fly in because of the coronavirus situation.”

He is philosophical about Sunlight, who will be ridden by his Adelaide stable rider, South African Barend Vorster, having to make the most of a bad barrier.

“She always draws off the track, she drew out in the Magic Millions, the Golden Slipper, the Golden Eagle and now here,” McEvoy says.

“It’s very frustrating, but she’s an on-pacer with early speed. There’s only one turn at the Morphettville 1200 but you just need a bit of luck from wide gates.

“She’s brilliant, she returned magnificently [from a spell after sustaining an injury]. It was her second best ever return in the Lightning Stakes when she ran third so she’s come back fantastic and made a good improvement, which she does between first and second-up runs.”

That cocktail of performance-enhancing substances immediately raised the curiosity of doping experts. “No good drugs …