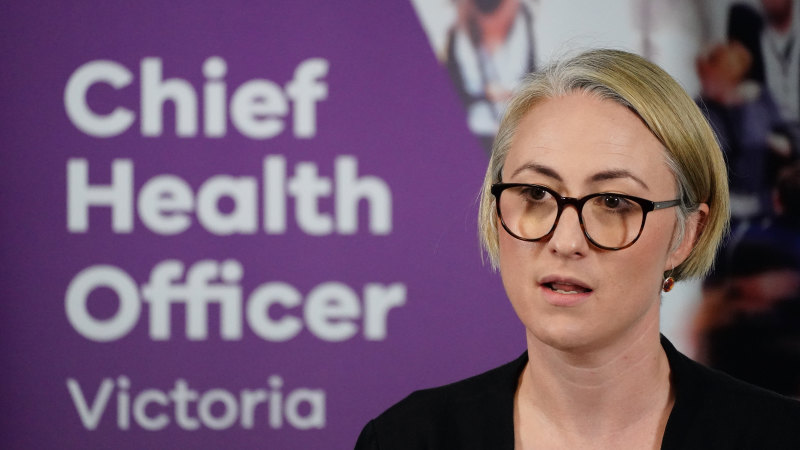 “Comparing the extraordinary first voyage of Captain Cook where he charted the East Coast of [Australia] for the first time to a deadly virus is disgraceful,” he said.

But Health Minister Jenny Mikakos came to the defence of her health officer on Thursday, saying Dr van Diemen was doing an outstanding job and dismissing her critics as “angry” and “irrelevant”.

“The Deputy Chief Health Officer is doing an outstanding job protecting Victorians from this deadly pandemic,” the minister said.

Wednesday marked the 250th anniversary of Captain Cook’s arrival. It was to be celebrated with a replica of his ship sailing around Australia, and various ceremonies, but those activities were cancelled due to the coronavirus pandemic.

“It’s a very misleading comparison,” Professor Woollacott said. “While the Indigenous people who did observe Cook and his party in 1770 found their presence sudden and disconcerting, the ravages of British settler colonialism here unfolded quite gradually from 1788 over more than a hundred years.

“There were no sudden terror, enormous sacrifices or complete changes on a large scale. In 1789 there was an epidemic of smallpox around the Sydney area that then spread more widely with devastating effects for Aboriginal people. But the large-scale dispossession of land, widespread frontier conflict, loss of livelihood and culture and stolen children occurred slowly over the 19th and 20th centuries.”

Professor Sarah Maddison, co-founder of the Indigenous Settler Relations Collaboration at the University of Melbourne, said comparing COVID-19 to the plight of Indigenous Australians post-colonisation undersold what they’d suffered.

However, she said Captain Cook was “not so much” the only one to blame.

“It [the tweet] underestimated the impact of the arrival of the British, not so much Captain Cook but certainly the subsequent waves that touched every single first nation’s person on this continent,” Professor Maddison said.

“COVID-19 is in some ways touching all of our lives but I don’t really think COVID-19 compares to the utter devastation for many First Nations people.

“At one stage the Wurundjeri people were down to 18 people left … there’s ongoing language reclamation, cultural heritage connections being re-made, families re-finding each other after being apart for centuries.”

“You can definitely draw parallels. There’s no question about the profound and violent impact,” she said

Professor Joy Damousi, the president of the Australian Historical Association and director of the Australian Catholic University’s Institute for Humanities and Social Sciences, said COVID-19 was not deliberately unleashed on the world, but colonialism was.

“The foreignness of it is right. The British coming in this part of the world creating such havoc and dispossession and violence is a hallmark of our history,” Professor Damousi said.

“COVID-19 is a medical phenomenon which is sort of accidental; there is no intention to it.

“British imperialism set off with great intent to impress on First People’s and First Nations a whole set of different practices and values that were foreign to them as superior. Cook was a central part of it.”

Dr van Diemen shares her surname with Dutch colonial governor Anthony van Diemen who ordered the country’s exploration of Australia – as it later became known – in the 1640s.

She is a public health physician and general practitioner with a Master of Public Health (Medicine, Emergency Management and Disaster Preparedness) from James Cook University.

The Department of Health and Human Services, Dr van Diemen’s employer, has been contacted for comment.