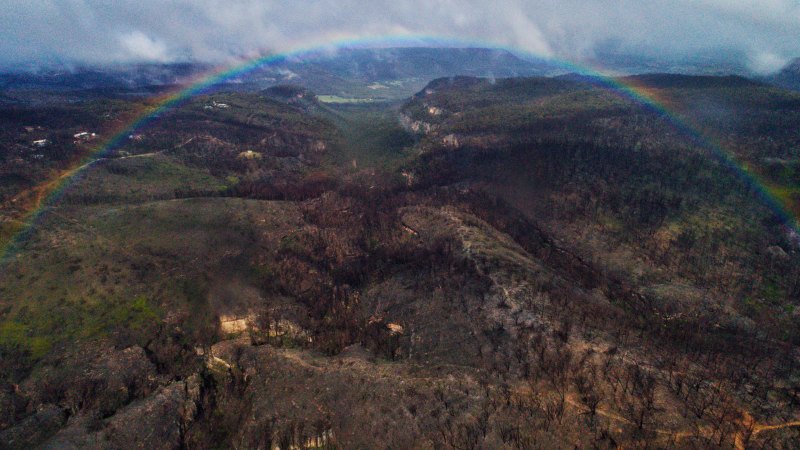 As much as 40 centimetres of snow will fall on the alps by Saturday, with fair dustings over much of the inland ranges to the north including the Blue Mountains.

Westerly winds behind the front will bring mostly clear skies, making for idyllic autumn weather. For staff stationed at the ski resorts – closed to the public because of the coronavirus lockdown – conditions will be “amazing”, Mr Domensino said.

For Sydney, the jolt of cold may be felt keener after another warmer-than-average April. While maximum temperatures will be about 2 degrees more than the 22.5 degree norm, recent Aprils have been even warmer. This year’s April will likely be about 10th warmest on record, Mr Domensino said.

For the month, rainfall in the city was 131 millimetres, or slightly above the 127 millimetre average.

So far this year, the city’s gauges at Observatory Hill have collected 701 millimetres, or the most for the January-April period since 2012. The tally is not far shy of the 851.8 millimetres for all of 2019.

The shift towards wetter conditions is largely related to unusually warm seas off north-west Western Australia. The extra convection is delivering a stream of north-west cloudbands that only need to meet a cold front to bring decent rains to inland south-eastern Australia.

Cities such as Melbourne, for instance, have already gathered more rain than for all of last year. In the Victorian capital’s case, the city went from its driest start to any year by last April, to its second wettest start for any January-April this year.

The cold snap will likely set a range of records across south-eastern Australia.

Canberra is expected to reach 7 degrees on Friday. That would be the coldest day this early in the year on record, beating a similar reading on May 3, 1944, according to Weatherzone.

Previous ‘I still have that fire inside’: Milligan wants to coach – and play on
Next Half a million go on the dole, jobless rate could remain high for years