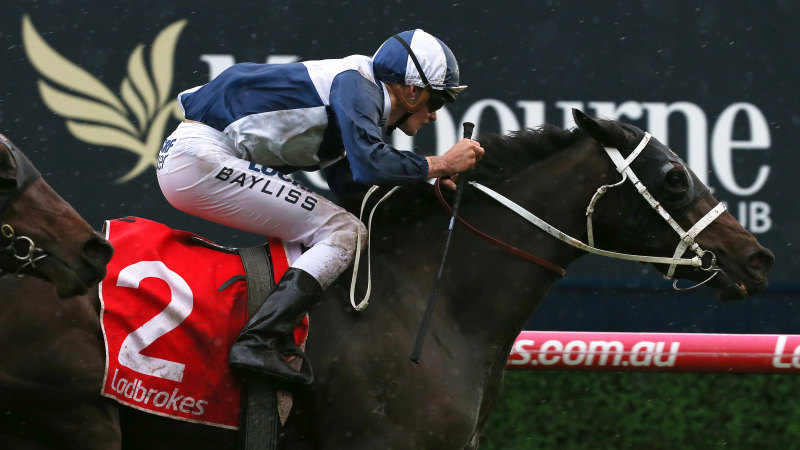 Promising three-year-old gelding 4. Nuremburg Castle, also from the Matt Dale yard, should have won on debut this track when held up badly before hitting the line impressively, and only has to get through the ground to be the one to beat from a softer draw.
Dangers: Watch the betting on three-year-old Goulburn gelding 2. Highly Decorated who was OK late resuming in that same maiden here after previously tackling deeper company. Bred to handle these conditions, and blinkers come off. Consistent local three-year-old filly 10. Miss Elsie May is hard fit and has attacked the line in her last couple, although jury out too on a heavy surface. Three-year-old gelding 6. Supreme Kitty was disappointing third-up at this track when failing to hit the line, but has enough closing ability, and blinkers go on while don’t discount Canberra filly 9. Glorious Dream at big odds after finding the nicely first-up at Moruya. Is bred to love heavy tracks, and trainer has tinkered with the gear.
How to play it: Nuremburg Castle to win and trifecta 2,4,10/2,4,6,9,10/2,4,6,9,10.
Odds and Evens: Evens.

One of the more open races on the card, and there are plenty of chances. Promising three-year-old gelding 11. Zelago, from the Joseph, Jones and Jones camp in Canberra, is on the rise winning all three this prep. Takes another decent step up in grade, but can find another ideal trailing position, and two of those wins have come in soft 6 going.
Dangers: Liked the way six-year-old Jerilderie gelding 5. Bezazzalled finished off in this grade at Gundagai after four solid runs in Victoria. Has a liking for rain-affected ground, and stable is underrated. Five-year-old gelding 4. Upper House has been freshened after a dominant win at home in a similar race, and then boxing on OK in stronger-rated Albury Mile. Drawn out and also up significantly in weight so will need plenty of speed on up front. Local eight-year-old 7. Superoo can be hard to catch, and needs a good speed on to chase as well, but motored home to win a weaker race here two runs back before finding a jump in class at Albury a bit rich. Tough local seven-year-old 3. Fermanagh Lad will appreciate the drop in grade after fighting on from the front in the BM88 Town Plate Prelude, but will still need to get away with some easy mid-race sectionals rising sharply up to 61kg even after the claim.
How to play it: Zelago and Bezazzalled both to win and trifecta 4,5,11/3,4,5,7,11/3,4,5,7,11.
Odds and Evens: Odds.

Now for the most open battle on the program across a big and even field. Progressive three-year-old gelding 7. Leg Work, from the Goulburn stable of Danny Williams, has been kept on the fresher side since rattling home to win his maiden here as a hot favourite. Destined for much bigger prizes, and bred to handle heavy tracks.
Dangers: Lightly raced four-year-old Goulburn mare 13. Inland Retreat had no luck here in similar grade at only third start, but previously had sailed home in heavy ground to win her maiden. Canberra four-year-old 1. Nieces And Nephews has been freshened since a narrow BM60 win at home on Cup day. Normally performs off a break, and drawn to park behind the speed. Capable Queanbeyan six-year-old 4. Tag And Release resumes without an official trial. First-up form is solid, but back up in grade after a comfortable win in a weaker race on Boxing Day.
How to play it: Leg Work to win.
Odds and Evens: Odds.

Another competitive and open contest for the girls in the Queen of the South. Going wide in the market with four-year-old mare 8. Arrogant Lass from the Gabi Englebrecht yard at Warwick Farm third-up getting to the right trip. Hit the line hard resuming in heavy ground at Gosford before sticking on in a handy class 2 when ridden closer at Newcastle. Draws well and likes wet tracks.
Dangers: Consistent four-year-old Randwick mare 1. Got Your Six has strong credentials for this, powering away to win the Tiara at Muswellbrook before taken to the front and only swamped late in a BM70 on the Kensington track. Good in the wet, but handicapper has slammed her with 65kg. Improving six-year-old Canberra mare 11. Away She Goes was a dynamic winner from the back here last start, but this is tougher and not convinced she can let down as well in heavy going. Rival Canberra filly 3. Rockarosa did some work third-up at Wyong, and didn’t finish off, but she draws the fence and has shown a liking for rain-affected ground.
How to play it: Arrogant Less each-way and box trifecta 1,3,8,11.
Odds and Evens: Split.

Now the three-year-old feature at BM74 level over the mile, and it doesn’t get much easier. After three consistent closing runs, talented Randwick gelding 2. Lancer was disappointing fourth-up at Canterbury in stronger grade when heavily backed. Can be ridden quieter here, and excels on wet tracks.
Dangers: Randwick filly 3. Foxborough hasn’t gone on with since a dominant first-up win the Canberra Guineas Preview, although has generally taken on tougher and enjoys rain-affected ground. Promising Warwick Farm gelding 6. Blueant careered away to win his maiden at Nowra at only third start, and draws the inside, but this is a decent leap up and some query in the conditions. Progressive three-year-old Canberra gelding 4. Cyborg is drawn wide, and will need the speed on, but has flown home to win his last two at this track and capable of charging into the finish in tougher company.
How to play it: Lancer each-way.
Odds and Evens: Split.

The headline race of the day is typically wide open, but two Kiwi-bred five-year-olds are over the odds in these conditions. Tough mare 5. Savacool from the Chris Waller stable at Flemington is primed fourth-up over this trip. Comes out of three consecutive runs at group 3 level, finishing hard late in the Easter Cup at Caulfield, and in nicely at the weights carrying 2kg less back to listed company. Drawn out, which probably won’t disadvantage, and prefers it wet.
Dangers: Five-year-old Warwick Farm gelding 9. Kaapfever from the Joe Pride stable is also suited this ground and trip after hitting the line well in consecutive BM88s at home. As long as it’s truly run, will be driving into the finish again. Randwick mare 7. House Of Cartier comes back in trip and trialled strongly since failing in the group 2 Chairmans, but inside draw could well land her in inferior ground while tough eight-year-old 4. Master Of Arts was OK at huge odds in the group 3 JRA Plate and is best of the rest.
How to play it: Savacool and Kaapfever both each-way.
Odds and Evens: Odds.

Loved the way three-year-old gelding 2. Shelby Sixtysix from the Danny Williams stable at Goulburn swept past them here to win his maiden at third start, and while this is new territory on a genuine heavy, did get through soft ground OK in previous two. Was scratched from day one of the carnival and preferred here.
Dangers: Four-year-old home-track gelding 5. Zarsnip hung on to win his maiden here first-up, and draws to take up another cosy position, but a query in the conditions. Rival local four-year-old 3. Kaipaki did his best work late this grade third-up, but will likely be forced a long way back from an outside draw so needs a tonne of speed on up front while three-year-old filly 7. Talihina, stablemate to top selection, and four-year-old Canberra mare 8. Rosy Dawn are best of the rest.
How to play it: Shelby Sixtysix to win.
Odds and Evens: Split.

Previous Half a million go on the dole, jobless rate could remain high for years
Next ASX report alleges significant breaches by iSignthis