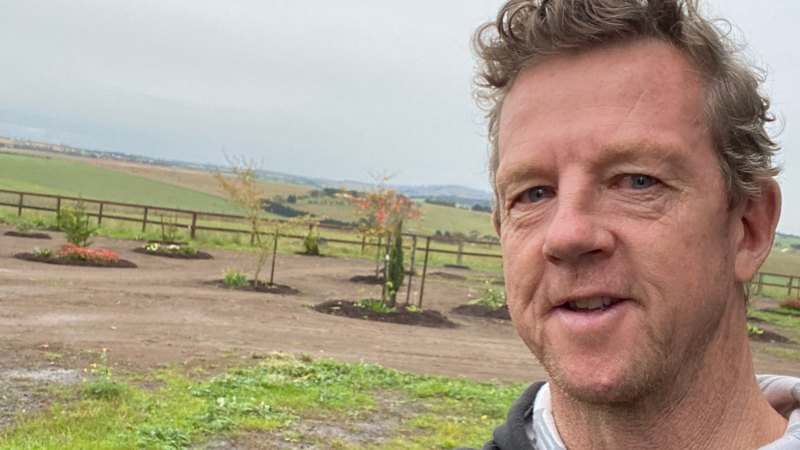 Like most of the 170 or so coaches at AFL clubs, Ferguson needed work when he was stood down. “It’s pretty dirty work but they look after us wage-wise. It’s certainly worthwhile. It just takes a bit of the stress away in terms of home loans.”

Chance Bateman, a West Coast assistant coach and ex-Hawthorn premiership player who also mentors the club’s Indigenous players, has been fortunate to remain a coach during the shutdown; the difference is that he’s coaching in a juvenile detention centre in Banksia Hills, a Perth suburb, where his background as a notable former Indigenous footballer burnishes his credibility with the inmates, a comfortable majority of whom are Aboriginal kids.

Bateman, like Hocking, Ferguson and a large proportion of AFL assistant coaches, has little idea of whether his position will be intact when the AFL returns, since the competition – without crowds for at least the bulk of 2020 – is being downsized. “It’s a little bit up in the air,” said Bateman, who is working with Fremantle assistant Roger Hayden at Banksia Hills, where the incarcerated teens play highly competitive games of footy (though not now).

Hocking, whose older brother Steve runs the AFL’s football operations, said he did not know if the VFL would return this season, or what role he might retain, if any, at Collingwood. “You know there’s still some unknowns and a lot of questions, no answers. What’ll be my involvement if it goes to hubs, not hubs, or it comes back?

“I’m really uncertain, but I know that possibly there’s plenty of work here [in Ceres] to be done.”

These are harsh, unforgiving times for the AFL coaching fraternity. No cohort has had suffered more stand downs than (virtually all) assistant coaches, many of whom will lose their jobs. In a further injury, coaches are blamed for the blighted spectacle; there’s a widespread view that a less-coached – read less defensive – game would be better.

But the clubs care for their own, and none of the 18 AFL clubs have provided more financial sustenance to stood-down assistant coaches than Bateman’s Eagles, who have tapped one of the club’s main sponsors, Mineral Resources, and found work for six staffers – coaches, conditioning staff and a physio – on the company’s three mining sites in the Pilbara and around Kalgoorlie. BHP, also a club sponsor, is another temporary employer of West Coast staff.

Assistant coach Jaymie Graham spent a couple of weeks at Mineral Resources’ Iron Valley in the Pilbara, where he wasn’t required to operate machinery or extract minerals or ore. “We were there to boost morale and do some physical training [for the miners] and try to create some good habits,” said Graham, who, amid yoga sessions and providing nutritional advice, did get the opportunity to detonate dynamite.

Hocking, who is working on the property of Rob Costa, brother of Geelong’s ex-president and patriarch Frank Costa, relished the chance to be outdoors, though his hamstrings have been straining with all the bending. “Because I haven’t been sort bending down doing ground balls or anything, bending over for large parts of the day … The old hammies have been screaming. It’s been good.”

On the opposite corner of the continent, Graham found working outdoors more challenging when the temperature reached 42 degrees. “As it got cooler, it was pretty good,” said the assistant coach.

As one whose playing career spanned from the late ’80s to the early 2000s, Hocking is from an era when even the best players usually had jobs, and in his case, they typically weren’t glamorous ones. Famously, he rolled an ankle when working for the Geelong City Council as a garbo in 1992 when he stopped running behind the garbage truck to kick the footy with a kid.

He’s installed swimming pools, done paving and landscaping, sold real estate in Geelong (“tried to”) and even worked as a postie, a job he had been preparing to resume when the COVID-19 crunch came. Then, with the assistance of a player he’d coached at the Geelong Falcons, he discovered Costa needed a hand on his 100-acre patch. “I was going to get back on the pushy and deliver mail. Whatever gets a few things done and pays the bills.”

The coaches can be eligible for the government’s JobKeeper subsidy of $1500 per fortnight, though Hocking and Ferguson weren’t completely certain on that point. “I think it looks probable,” said Ferguson.

Hocking, in any case, believed there was more dignity in working than sitting on his posterior. “Buddha” had found meaning in the menial.

“There were a few people possibly embarrassed,” he said of those football folk who had found ‘unskilled’ labour. “But it’s what has to be done.”

Previous Storm to find out Sunday where they will train for NRL return
Next ‘Epitome of the free spirit’: ‘Clancy descendant’ dies in Paris from COVID-19