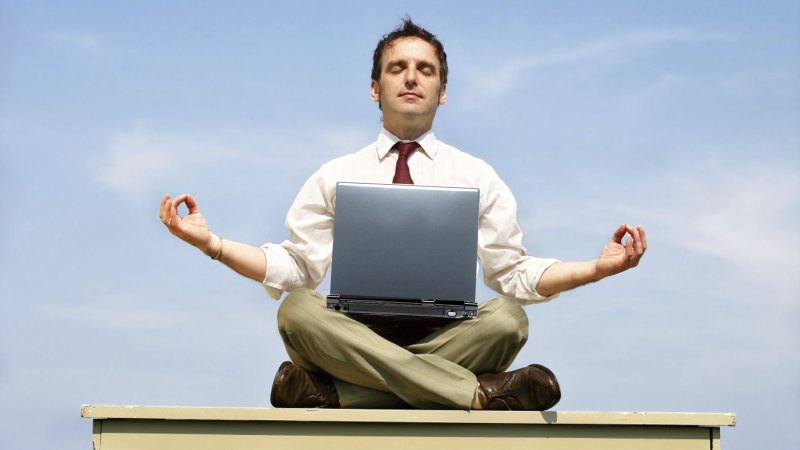 “So I think our research can show evidence to support the positive role that compassion can have on the brain and body when we’re stuck in this space.”

Mr Kim said the findings showed our brains and bodies reacted the same way to self-criticism as they did to external threats and could exacerbate the effect they had on us.

“We have a core process in the brain which engages to deal with threat, and we showed that when you engage in self-criticism, [there is] activation in these regions which code for threat increase,” he said.

The researchers, from UQ’s school of psychology, Stanford University’s center for compassion and altruism research and the UK’s Compassionate Mind Foundation, had participants engage in self-critical behaviour and then self-compassionate behaviour.

The subjects then spent two weeks doing self-compassionate exercises designed by the researchers before being tested again.

They found most of the participants had benefits from the exercises, including lower resting heart rate variance and other measures of parasympathetic response.

Mr Kim said, ultimately, if people were kind to themselves, they would not only feel better but also be physically healthier.

“People often conflate compassion with weakness, or giving yourself a pass,” he said.

“We have evidence that you can experience threat and pain when you have a self-critical style but if you engage in a self-reassuring perspective, you can actually change how the brain responds to threats.

“So, if someone is critical of themselves for not being able to ‘hold it all together’ during the pandemic, then engaging in compassionate practice will be beneficial to their mental health.”

The research has been published in the Nature journal Scientific Reports.

Previous Race-by-race tips and preview for Sapphire Coast on Sunday
Next In a world sitting on edge, a yellow house sits on ice