Race-by-race tips and preview for Sapphire Coast on Sunday

admin May 2, 2020 Sport Comments Off on Race-by-race tips and preview for Sapphire Coast on Sunday 17 Views 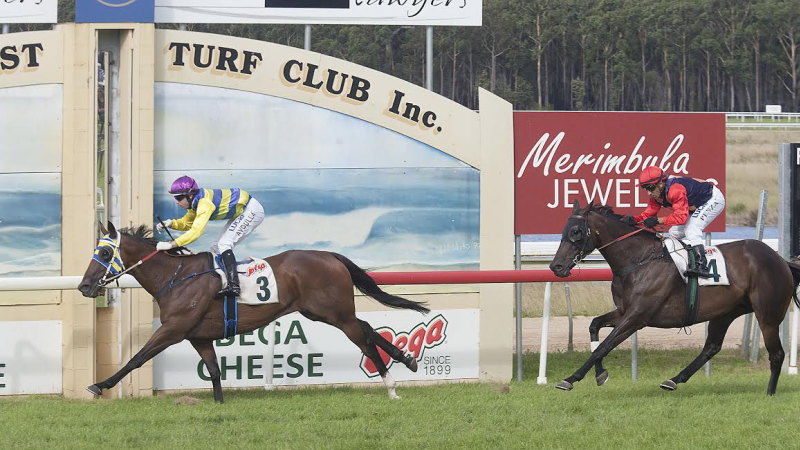 12. The Deepest Secret never got a crack at her rivals at Goulburn last week. Convinced she’d have fought out the finish with any luck. That was off a year break. Not conventional to see her seven days later but she had every right to be bright after never being asked to extend.
Dangers: 4. Farage also presents here on the week turnaround after blowing his chances at the start at Canberra. His two runs prior to that see him in the finish again here. 1. Endymion will look the winner at some stage but is just failing to put one away.
How to play it: The Deepest Secret to win.
Odds and Evens: Evens.

6. Globalise was unsuited back in trip last start at Moruya having won so impressively this track and trip the start prior. Blaike McDougall does the steering here and will have the four-year-old parked in the first couple.
Dangers: 8. Shrug ran in that same Moruya race and there was a struck match between her and Globalise. She isn’t far away from another win. 3. Freaky Freckles is on trial at this trip but is hard fit and her recent form behind Cyborg and Airfree reads exceptionally well.
How to play it: Globalise.
Odds and Evens: Evens.

6. Rubaiya has no excuses having found the perfect race third-up out to the mile from a middle draw. She was excellent first up before running third behind River Charge and Shelby Sixtysix, with both franking the form since. Should be winning.
Dangers: 2. Belleistic Lad and 10. Silver Nook are unlikely to turn the tables on Rubaiya from last
start but both are building towards something and are suited out to the mile. Throw them into exotics.
How to play it: Rubaiya.
Odds and Evens: Evens.

If 1. Major Danger is anywhere near ready after eight months on the sidelines he is the horse to beat. Down to 58.5kg after the claim sees him in just 3.5kg above the minimum. Very appealing for a Highway winner three starts ago.
Dangers: 3. Bitofastar has tackled this track and trip twice for a win and a fast finishing second. Watch for him late. Similar case for 15. Loose Wire having won brilliantly over 900m here first-up. Hasn’t threatened since but could be big odds.
How to play it: Major Danger to win.
Odds and Evens: Split.

4. Direct Default is holding his form well at the moment and will punch up from the inside draw to be handier than we saw at Goulburn last start. Has failed over 1400m in the past but all four of those runs were earlier in his career. Looks to want the trip now.
Dangers: 5. Ethanicity is five weeks between runs which is the query but if he returns where he left off, this is a very suitable race. 10. No Emotion has a 2.5L margin to turn around on Ethanicity when they met at this track back in early March but presents the fitter of the two here.
How to play it: Direct Default to win.
Odds and Evens: Split.

Siding with 4. Action Shale. Has a lot of convictions with two wins from 21 starts but that’s the story of this race. He is fit, holding his form and should get the right run,.
Dangers: 5. It’s Business Time beat Action Shale home last start, albeit at big odds, but warrants respect on that alone. 2. El Nieto was slow to recover here five weeks ago. Has won three of 10 and can bounce back.
How to play it: Action Shale to win.
Odds and Evens: Split.

Previous Tried horse claims Sangster, Thornton wins maiden group 1
Next Going easy on yourself can make you healthier as well as happier