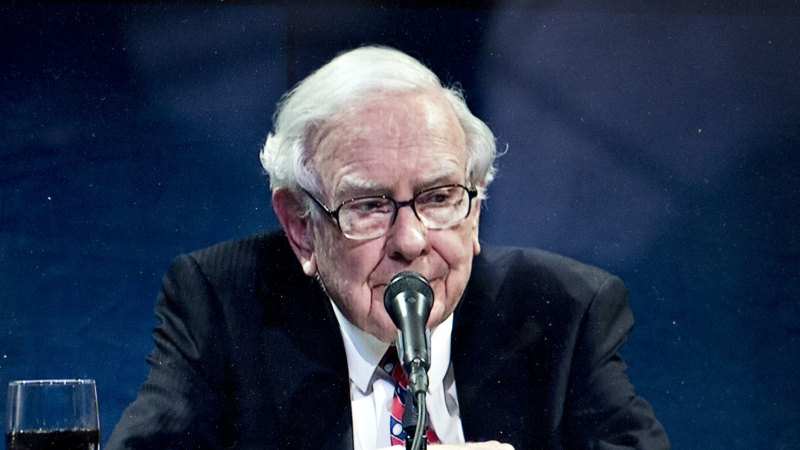 Buffett’s had a complicated relationship with the airline industry over the years. After a troublesome investment in USAir, Buffett joked that he would call an 800 number to declare he was an “air-o-holic” if he ever got the urge to invest in airlines again.

The airline business – and I may be wrong and I hope I’m wrong – but I think it’s changed in a very major way. The future is much less clear to me.

Then in 2016, Berkshire dove into the industry again, amassing stakes in the four largest US airlines. At the end of 2019, those stakes amounted to almost $US10 billion. Buffett’s renewed faith in the industry prompted speculation that he might one day own one of the carriers.

But now, he’s cut those investments again. Berkshire disclosed in April that it had at least trimmed its Delta and Southwest stakes, both of which had previously been above a 10 per cent ownership level.

“The airline business – and I may be wrong and I hope I’m wrong – but I think it’s changed in a very major way,” Buffett said. “The future is much less clear to me.”

The disclosure was among the most significant at the annual meeting, which was notable for its different feel this year as the event that usually draws tens of thousands was done was hosted virtually. Buffett, 89, shared the stage with a top deputy, Greg Abel, who runs Berkshire’s non-insurance operating units.

Buffett said he didn’t know how consumer travel habits will change after the pandemic subsides, but any reduction in travel could leave airlines with higher-than-necessary fixed costs. Any impact could filter down to suppliers like Boeing Co.

“The real question is whether you need a lot of new planes or not,” he said.

Buffett said the efforts to slow the pandemic amounted to “quite an experiment,” and while the range of public health and economic outcomes has narrowed, they remain “enormous.”

“I don’t know the consequences” of shutting down large parts of the US economy, Buffett said, though Berkshire’s operating earnings will be “considerably less” than if the virus hadn’t hit.

Buffett gave an extended history lesson to back up his assertion that “nothing basically can stop America.” He said he’s still bullish on the US economy because it has overcome many obstacles over the past two centuries, though “we haven’t faced anything that quite resembles this.”